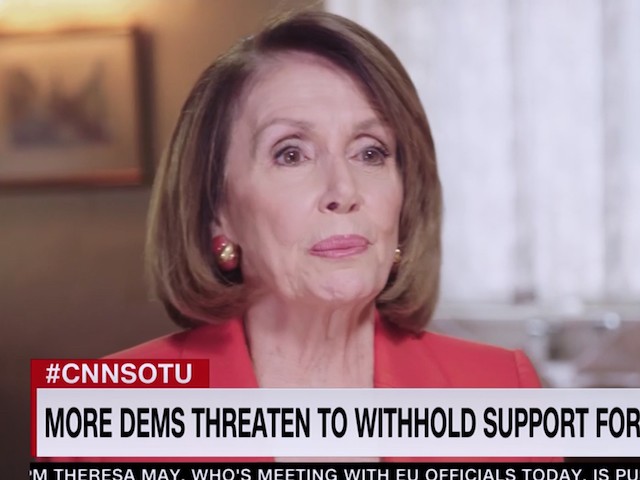 Sunday on CNN’s “State of the Union,” House Minority Leader Rep. Nancy Pelosi (D-CA) said she was attacked because if one was as effective as a woman as she was, “then they have to undermine you.”

Pelosi said, “I get some names called, because if you’re effective as a woman, then they have to undermine you because that’s a real threat. So I’m probably more of a target than anybody other than somebody who runs for president.”

She continued, “I have a broad base of support in the country, financially, politically, and otherwise. None of us is indispensable, but some of us are just better at our jobs than others.”

She added, “I do this because I want women to see that you do not get pushed around and you don’t run away from the fight.”