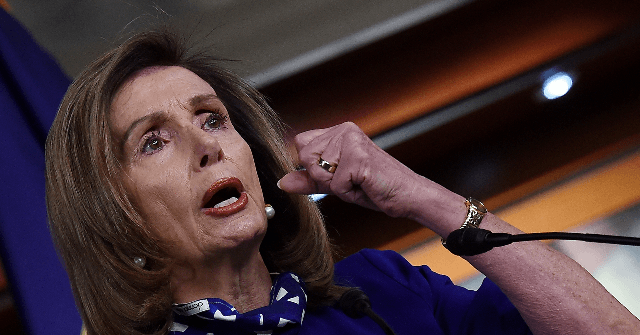 House Speaker Nancy Pelosi said Friday that aid for airlines would soon emerge from Congress and called on airlines to halt plans to layoff workers.

“The massive furloughs and firings of America’s airline workers jeopardize the livelihoods of tens of thousands and threaten to accelerate the devastating economic crisis facing our nation. Today, I am calling upon the airlines to delay their devastating job cuts as relief for airline workers is being advanced in Congress,” Pelosi said in a statement.

Speaker Pelosi has for months blocked relief for unemployed workers, small businesses, airlines, and struggling American households, holding out against GOP proposals that Democrats say do not provide enough assistance to state governments and other leftwing priorities. Some Democrats and many liberal activists oppose reaching any deal with Republicans and the Trump administration prior to the election.

A ban on layoffs by the airlines put in place alongside an aid package passed in the spring expired on October 1st. The airlines have said they would furlough tens of thousands of workers if a new aid package was not passed. Air travel is up since the depths of the pandemic and lockdowns but remains more than 70 percent below pre-pandemic levels.