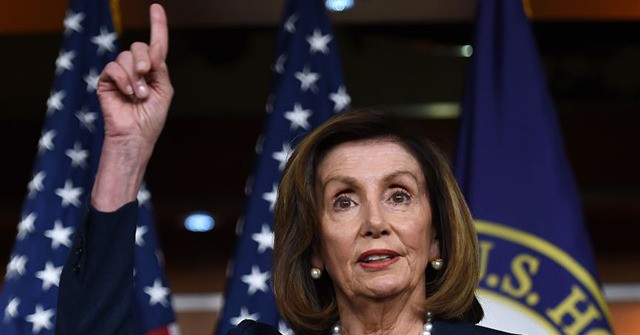 Pelosi said, “I, myself, did not think that Joe Biden should dignify debate with the president who has no commitment to fact, evidence, data, demeans the office he holds.”

She continued, “You saw on that stage authenticity on both sides. The president is authentically a bully, Joe Biden authentically decent. It was a sad occasion for our country. It broke my heart. I haven’t really slept five hours combined both nights since then because of what it meant for our country to have a president not commit to honoring the peaceful transition of government or condemning white supremacist, abolishing The Affordable Care Act, ignoring climate crisis, and talking about clean air and clean water when he degrades the environment almost every day or at least does go to three times a week with his policies and decisions. It was a sad occasion.”

She added, “You know, people say they should have had a button that turns one microphone off while the other person was speaking. Whatever it is, I think one and done. One and done. When people run for president, that’s president of the United States. Joe Biden will do — he is courageous. I never thought he should not do it because I did not think he would do well. I thought he should not do it because I thought something like this could happen.”

Westin said, “But if it were up to you, one and done?”

Pelosi said, “One and done.”