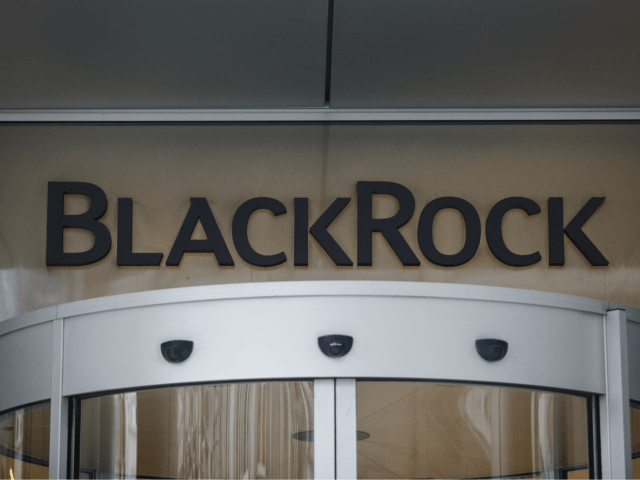 BlackRock — the dubious investment firm which pays ex-UK Chancellor George Osborne £650,000 a year for one day week, for no obvious reason other than his contacts book — is set to launch the world’s biggest, most rampantly Europhile, and arguably most dangerous investment fund.

The €2.1 trillion Pan European Pension Fund is marketing itself as a benign entity which will help EU citizens fund their pensions privately rather than relying on the state.

But, in fact, it represents a hugely ambitious and terrifying power grab by the globalist financial elite — with potentially disastrous repercussions for free markets, entrepreneurship, and consumer choice.

With €2.1 trillion of assets under management — twice more than its nearest rival, the Norwegian sovereign wealth fund — it will have enormous power to dictate how companies are run, the policies they adopt, and indeed whether some of them thrive or die.

Moreover, it will be able to use its power to bully countries — EU member states especially — that don’t toe the globalist line.

You can easily infer just how malign it’s going to be from the people involved. They all belong to the charmed circle of globalist Davos types who despise free markets, loathe the populist revolutions that gave us Trump and Brexit, believe passionately in diversity, sustainability, equality and the rest of the neo-Marxist PC agenda, and want to entrench the hegemony of the democratically unaccountable European Union — and crush any resistance from individual member states.

Firstly, take a look at who will be administering the fund, BlackRock – the U.S. hedge fund behemoth. The choice of BlackRock is interesting as in 2015 they were hit with a record fine by the German financial watchdog BaFin for misrepresenting its stakes in almost 50 of the country’s largest companies over several years. This company also happens to be one of the biggest lobbyists in Brussels, paying anything up to €1.5 million each year to influence decisions in the EU corridors of power. In 2017, representatives from BlackRock held 33 meetings with the European Commission.

In the UK, BlackRock is perhaps best known for retaining arch Remainer George Osborne (also, currently the puppet editor of a Russian Billionaire) for a day a week’s work at the mystifying salary of £650,000 per year.

Secondly, is the connection between BlackRock and the EU’s most senior banker; ECB President Mario Draghi. Draghi belongs to the ultra-secretive Group of Thirty, an interest group representing private financial interests and which serves as a lobby to further these private financial interests. Even the EU has raised serious questions over this conflict of interests. The EU Ombudsman, Emma O’ Reilly, has previously insisted that Draghi leave the group as it poses a conflict to his duties at the European Central Bank, this he consistently refuses to do! BlackRock just happens to be one of the financial backers of the Group.

For many, the response to all of these shady goings-on is why this should matter?

The answer is simple: via BlackRock, the EU will become Europe’s largest shareholder and will be able to wield enormous power in the boardrooms across the continent, including the United Kingdom. To put it into context, the world’s largest sovereign wealth fund (Norwegian) has ‘only’ €1 trillion under management. It is clear that the fund will be directed to invest in companies which are fully signed up to the EU ‘project.’ This will incentivise firms to get fully behind the aims and ambitions of Brussels. Theoretically, the fund will also be able to block mergers and acquisition that do not reflect the EU’s financial strategy and objectives.

The Fund will also be able to hold countries’ hostage via its bond holdings. When a fund buys sovereign bonds, it lowers the interest rate at which that country can borrow (the yield decreases). Acting on behalf of its political masters in Brussels, BlackRock will then be able to reward EU compliant nations by buying their bonds. Equally, the influence over errant countries such as Italy, Hungary, or Poland could extend to selling the bonds, pushing up borrowing costs in the process. Finally, it also has the potential of effectively continuing Quantitative Easing as the fund hoovers up bonds.

Of course, this Fund will also bind the population of the EU to the seeming largesse of Brussels forever more because the Fund could well become the sole provider of income for many millions of households across Europe.

This EU pension fund truly is an Iron Fist in a Velvet Glove.

It is being sold as the magnanimity and generosity of Brussels, but its implications include holding the European population financially hostage, tightening Brussels’ grip in the corporate boardroom, and distorting global interest rates; all to meet the EU’s goals of creating a vast unaccountable federal superstate, aided and abetted by a commercial hedge fund company whose activities have demonstrated all that is wrong with the EU and the UK establishment.

Among the critics of this pension scheme is independent MEP Diane James, who says:

“Once launched the proposed €2.1 trillion EU investment fund will place a vice-like grip on the boardrooms across Europe. Its voice within businesses will be impossible to ignore, and companies will be forced to yield to its demands. It will act as a stealth extension of the ruinous Quantitative Easing programme, and force EU dogma down the throats of shareholders.”