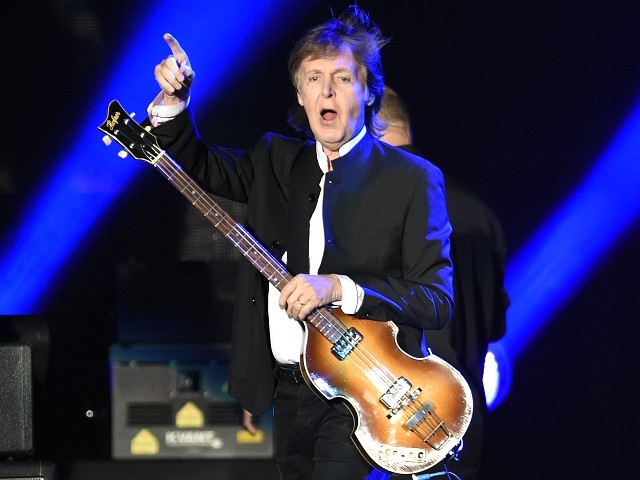 Beatles frontman Paul McCartney ripped President Donald Trump in a song on his latest solo album, dubbing him the “mad captain” who refuses to take action on global warming.

In an interview with the BBC, the 76-year-old singer discussed his track “Despite Repeated Warnings,” which takes aim at Trump over his approach to climate change.

“So I just wanted to make a song that would talk about that and basically say, ‘Occasionally, we’ve got a mad captain sailing this boat we’re all on and he is just going to take us to the iceberg [despite] being warned it’s not a cool idea,’” McCarthy said.

When asked who he was referring to, McCartney confirmed the mad captain’s identity as Donald Trump.

“Well, I mean obviously it’s Trump but there’s plenty of them about,” he said. “He’s not the only one.”

Trump has attracted vociferous criticism among climate change advocates, who slammed his decision to pull out of the Paris Climate Agreement and the rolling back of environmental regulations imposed by President Barack Obama.

It is not the first time that McCartney has criticized Trump’s skepticism of climate change. Last November, he urged people to implement change themselves rather than relying on the government to find solutions.

“[Vegetarianism] is not the total solution, but it’s part of the solution. A lot of people have been saying this for a long time but there’s resistance,” he said. “Particularly when you’ve got someone like Trump who says that it is just a hoax. A lot of people like myself think that’s just madness so it’s maybe a good time now to try and focus people’s attention and say ‘look, forget about him we can do something.’”

“Yeah, it’s quite raunchy when you think about it,” he told GQ Magazine. “There’s so many things like that from when you’re a kid that you look back on and you’re, ‘Did we do that?’ But it was good harmless fun. It didn’t hurt anyone.”