The gathering in Washington, DC, on Monday was a stark contrast to the angry leftist protesters who descended on the nation’s capital in recent weeks to protest now-Supreme Court Justice Brett Kavanaugh’s nomination.

Those gathered around the towering statue of Christopher Columbus at Union Station’s Columbus Circle prayed, sang God Bless America, saluted the flag, and honored the legacy of the Italian explorer who changed the course of human history.

The celebration also included advocacy for the federal holiday and expressed opposition to “revisionist history” that paints Columbus as an evil man who brought disease and death to the “indigenous people” on the North American continent. A number of states have changed the holiday to Indigenous Peoples Day. 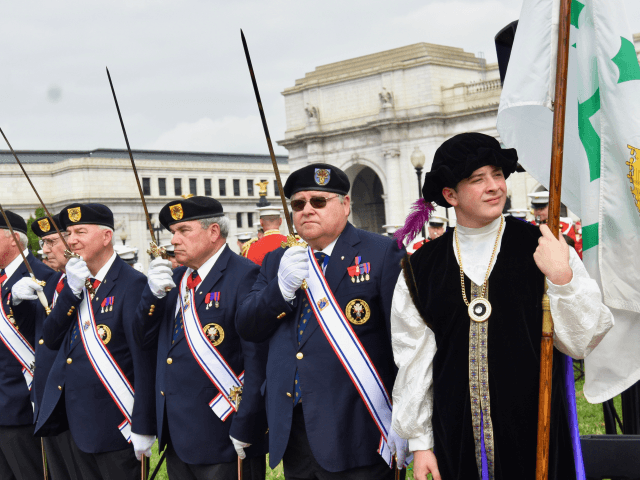 While Columbus has been regarded as a courageous and pious man throughout history, in recent years “many also came to view Western (i.e. European) civilization, so dominant for centuries, as an evil influence that had unjustly invaded, exploited and despoiled the innocent world of the Americans, led, moreover, by a greedy, cruel, mendacious, grasping, self-seeking adventurer who brought enslavement and genocide to native populations, and environmental disaster to a paradise where the innocent inhabitants had generally lived in an almost preternatural harmony with nature and each other,” the event program stated.

In 2016 Paul M. Craig penned an essay about Columbus that is posted on the National Christopher Columbus Association’s website:

The America that Columbus found was not some idyllic land free from disease, war, slavery, or the myriad ills that threaten human existence. Columbus introduced none of these scourges to the Americas. New kinds of disease, yes; disease, no. New weapons of war, yes; warfare, no. New patterns of slavery, yes; slavery, no.

The peoples Columbus met were probably descendants of the original immigrants who are thought to have crossed a so-called land bridge into Alaska from Siberia about 15,000 years ago. Although suffused with problems, this theory posits these first peoples and their descendants populated the entire Western Hemisphere.

But in 1492 Columbus began the interchange of peoples, foods, animals, and ideas between the Americas, Europe, and Africa that shaped our modern lives.

Rafael Ortiz, a Puerto Rican who now lives in South Carolina with his wife and children, attended the event. He’s written two books about Columbus and is on a mission to dispel revisionist history about him advanced by leftists, including the National Education Association (NEA), which teaches the anti-Columbus narrative in its recommended public school curriculum. 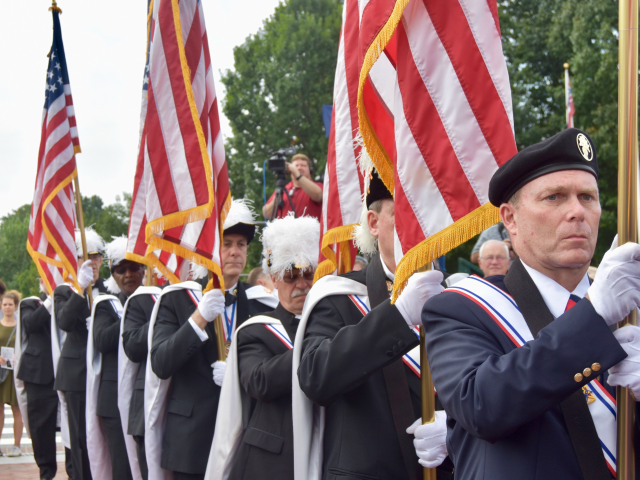 “I got his journal, and I noticed from the get-go that he was a good man,” Ortiz told Breitbart News, saying that attacks on Columbus come from the same groups that want to revise American history across the board, including getting rid of Confederate monuments.

“They want to demonize America, and they start with Columbus because most people know little or nothing about Columbus,” Ortiz said.

Cristina Fraile, deputy chief of mission at the Embassy of Spain in Washington, DC, spoke at the event about Columbus, an Italian by birth whose journeys across the Atlantic Ocean were financed by the Spanish monarchy.

Columbus, Fraile said, “ushered in the modern age” by connecting the old world with the new one.

At the base of the Columbus memorial, these words are engraved: “To the memory of Christopher Columbus whose high faith and indomitable courage gave to mankind a new world.”