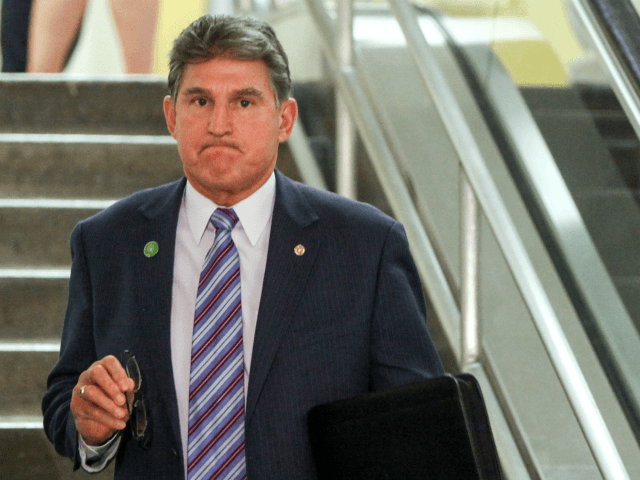 “Regardless of how he votes, Joe Manchin has proven to be complicit in Senate Democrats’ disgraceful treatment of President Trump’s Supreme Court pick,” said Morrisey. “The voters of West Virginia can fully expect the resist and obstruct circus to be unleashed if Joe Manchin, Chuck Schumer, Nancy Pelosi, and Maxine Waters take control of Congress.”

Sen. Lindsey Graham (R-SC) slammed Feinstein in a fiery speech on Thursday that the sexual assault allegations against Kavanaugh amount to “the most unethical sham since I’ve been in politics.”

Kavanaugh, in his opening statement on Thursday, lambasted Senate Democrats for turning the Supreme Court nomination process into a political witchhunt. Kavanaugh said, “This confirmation process has become a national disgrace … You have replaced ‘advice and consent’ with ‘search and destroy.’”

A survey released on Thursday found that Manchin and Morrisey are now tied for the West Virginia Senate race.

In contrast to Manchin, Morrisey led a 26-state coalition of Attorneys General urging the confirmation of Kavanaugh.

Morrisey contended that Sen. Manchin has followed Schumer’s orders on Judge Kavanaugh since the beginning of the confirmation process. Twenty-three minutes after President Donald Trump nominated Kavanaugh for the Supreme Court, Schumer said he will oppose Kavanaugh’s nomination “with everything I have” because the “stakes are simply too high.”

Schumer suggested that vulnerable Senate Democrats hold off on their decision whether to support Donnelly as long as possible.

Senate Minority Whip Dick Durbin (D-IL) said, “All Chuck ever says in caucus [meetings], it’s pretty well known: ‘Keep your powder dry. Don’t commit. Stay as neutral as you can, as long as you can.”

Morrisey contended that Manchin holding his vote until the last-minute has given Schumer room to maneuver, and hopefully, tank the nominee.

Morrisey charged, “The bottom line, Manchin should be ashamed for giving Schumer and Senate Democrats the ‘room to maneuver’ to ultimately try to destroy President Trump’s Supreme Court nominee.”