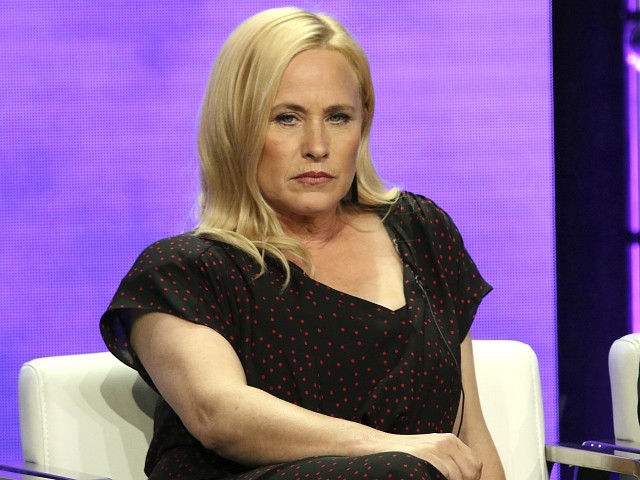 Without citing a single example, radical activist and actress Patricia Arquette says civil rights have been decreased “in every way” since Donald Trump became president.

The CSI: Cyber star has been pushing for wage equality, especially in Hollywood, but in comments reported by Variety, the actress exclaimed that everyone’s civil rights are being curtailed by President Trump.

Arquette offered no examples of all these civil rights being “rolled back,” but the Academy Award-winner did go on to advocate for the decades-old Equal Rights Amendment that failed to become law back in 1979.

“We need to ratify it in one more state and go to the House and Senate and try to get them to roll back the deadline that was imposed on that,” Arquette exclaimed.

The Equal Rights Amendment (ERA) became a movement in the 1960s and grew until it became a national proposal in the early 70s. The change to the U.S. Constitution was proposed in all 50 states but did not pass by the requisite 38 states needed to be added to the nation’s guiding document. The deadline for the measure passed in 1979.

The ERA has sat dead in the water ever since but has remained a shibboleth for liberal groups.

Additionally, with her work on her new Showtime prison-break film, Escape at Dannemora, Arquette says America’s prison system is “a real industry.”

“I realized that [prison] is a real industry, and there are corporations making money off of this system,” Arquette said. “It’s a really terrifying place to be, both for prisoners and for guards. It’s a weird, symbiotic relationship where people have to make these alliances for survival sake.”

Arquette has fashioned herself a crusader at least since she turned her 2015 Oscar acceptance speech into a political platform for wage equity.