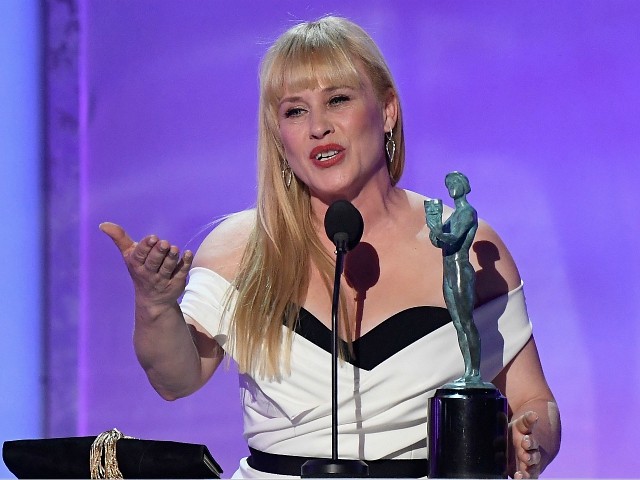 “Thank you, Robert Mueller and everyone working to make sure we have sovereignty for the United States of America!” Patricia Arquette shouted to the star-studded audience at the Shrine Auditorium and Expo Hall, Los Angeles, CA, while accepting the award for Actor for Outstanding Performance by a Female Actor in a TV Movie or Miniseries for her performance in the Showtime drama Escape at Dannemora.

Patricia Arquette takes home the Actor® for Outstanding Performance by a Female Actor in a TV Movie or Miniseries! #sagawards 🎭 pic.twitter.com/4TA3Rh6b2g

Indeed, like many other Hollywood figures, the former CSI: Cyber star has become increasingly politically outspoken since the election of Donald Trump.

Last month, Arquette claimed that since Trump took office, America “has seen things roll back in every way of civil rights.”

It’s also not Arquette’s first time injecting politics into her acceptance speech from the awards stage.

In 2015, at the 87th Academy Awards Arquette called for “equal right for women” in America.

“To my heroes, volunteers and experts who have helped me bring ecological sanitation to the developing world with Givelove.org. To every woman who gave birth to every taxpayer and citizen of this nation, we have fought for everybody’s equal rights,” she said. “It is our time to have wage equality once and for all, and equal rights for women in the United States of America.”