ROME — Ecumenical Patriarch Bartholomew called on Christians Sunday to “fervent prayer with all our hearts for the preservation of peace in Ukraine.”

Speaking in Istanbul after the Divine Liturgy, the spiritual leader of Eastern Orthodox Christians said that “the possibility of a new war in Europe, resulting from the escalation of violent rhetoric and militarization of the borders between Russia and Ukraine, should be unequivocally opposed.”

“We call for enduring peace, stability and justice in the region,” the patriarch said. “Peace is a matter of choice and must be shared by all the forces engaged in this extremely complex and sensitive geopolitical context.”

While urging prayer and action toward a peaceful resolution of the conflict and the protection of human rights and dignity, Bartholomew declared that “war and violence are certainly to be opposed with every fiber of our being.” 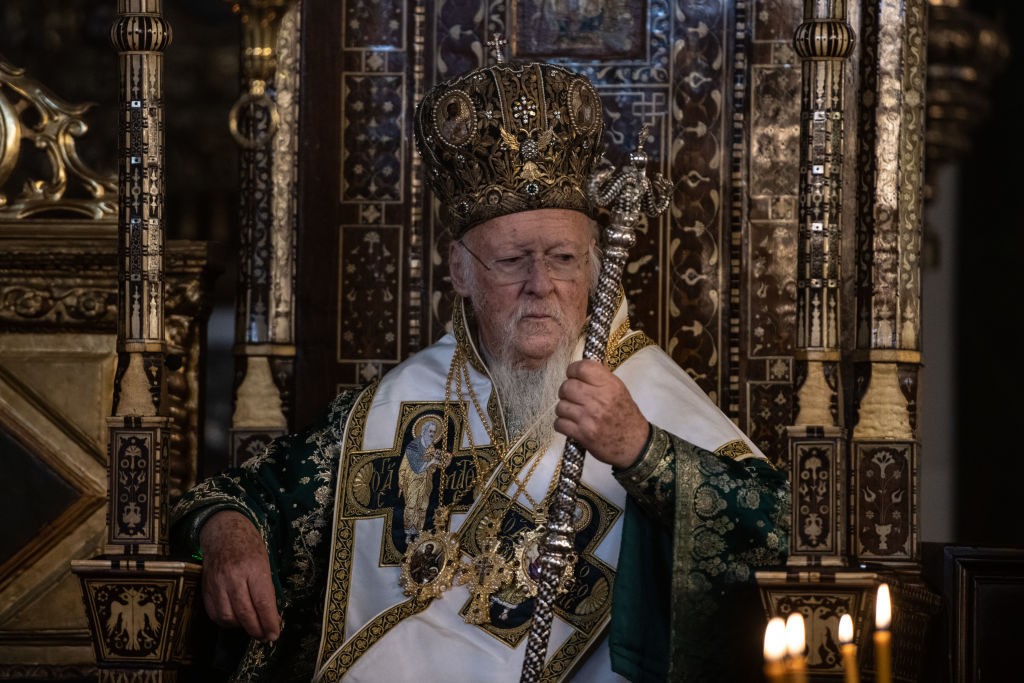 Greek Orthodox Ecumenical Patriarch Bartholomew I of Constantinople conducts the Epiphany mass as part of Epiphany day celebrations at the Church of Fener Orthodox Patriarchate on January 6, 2022 in Istanbul, Turkey. (Burak Kara/Getty Images) 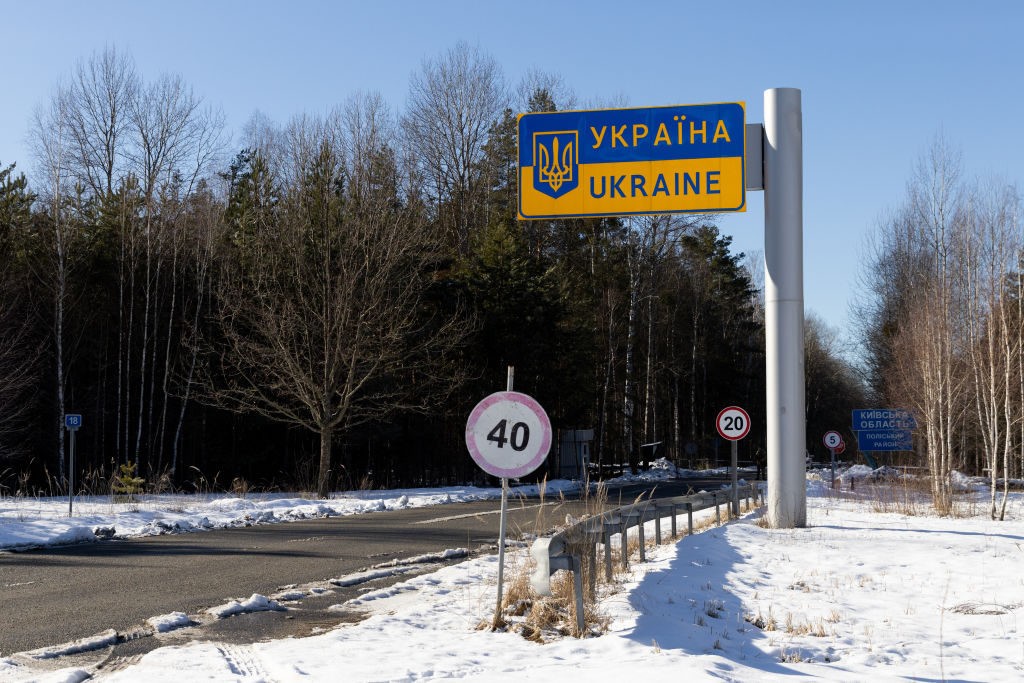 A sign showing the entrance to Ukraine is seen at the Ukraine-Belarus border crossing on February 13, 2022 in Vilcha, Ukraine. (Chris McGrath/Getty)

Citing Benjamin Franklin, who said “there never was a good war or a bad peace,” the patriarch added that war “can appear sweet only to those who have not experienced it.”

“We firmly believe that there is no solution possible to preserve and guarantee peace outside the path of dialogue, which abolishes the conditions that lead to violence and war,” he asserted. “Peace comes from mutual respect and cooperation.”

Bartholomew underscored that “the word of the Church has to be a clear message of reconciliation and peace, of love and justice, of brotherhood and solidarity” as he urged “all parties involved to pursue this path of dialogue and respect for international law, in order to bring an end to the conflict and allow all Ukrainians to live in harmony.”

“Arms are not the solution,” he continued. “On the contrary, they can only promise war and violence, sorrow and death.”

“All Church ministers, all representatives of religious traditions, all those in position of authority, all people of good will, each one of us, should call for a peaceful resolution of this dangerous escalation of words and means that weigh heavily and ominously upon the head of the Ukrainian people,” he exhorted.

“Silence and indifference are not an option,” the patriarch concluded. “There is no peace without constant vigilance.”