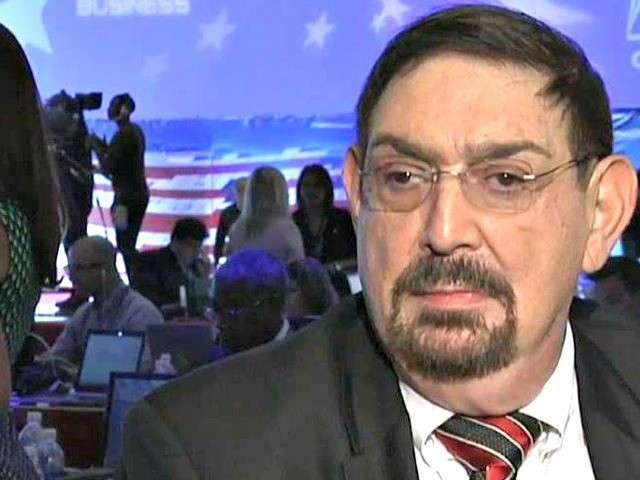 Caddell said, “Donald Trump, I think he’s been as effective a midterm campaigner — or more effective — than any president I can remember. No doubt about it. Along with Kavanaugh, he has help bring this race and crystallize it nationally.”

Caddell said a majority of Americans view the Democrat Party as prioritizing the welfare of illegal aliens over American citizens.

“There’s a 20-point margin, or more, in support of Trump’s proposition that the Democrats are for open borders and sanctuary cities and abolishing ICE, and are really, therefore, more concerned with illegal immigrants than they are the rights of American citizens,” noted Caddell.

Caddell noted how many news media figures sought to blame Trump for last Saturday’s mass murder at a synagogue in Philadelphia, PA.

“The mainstream media came up with its ‘Trump is responsible for all the violence in America’ theme, which is really outrageous. I didn’t realize that I was an anti-Semite because I was critical of Bloomberg [or] Steyer. I didn’t even know Steyer was Jewish. I came from the South, I’m not very good at identifying, but somehow I’m an anti-Semite, and then I criticize George Soros. I also say George Soros is very effective in his agenda, but I didn’t know that was [anti-Semitic].”

Caddell added, “This is scary. This is the kind of stuff that Americans [dislike]. … In this election, you have a choice between order and chaos, and I don’t think that argument is being made [by Republicans].”

Caddell criticized professional political consultants linked to the GOP, linking Republican failures to “the selfish greed of the people who are soliciting money from Republicans and their supporters and figuring out ways that maximize their pocketing of. He added, “They’ve got the strategic sense, generally, of a peanut. I think they may have squandered their chance.

Caddell remarked, “The Republicans candidates — despite hundreds of millions of dollars being raised are being outspent in these critical races by almost two-to-one. The failure to make [their races] national in their advertising [and messaging] to remind people and suggest what the choices are and the consequences of those choices. … The idea in the Republican side among the consultants and leaders is, ‘How do I line my pockets and keep my position?’ Not, ‘How do we work together?’ There is almost no coordinated effort. The Democrats inherently are more willing to do that.”

“Why do you think we have a caravan coming?” asked Caddell rhetorically. “Why do we have people flying into this coutnry [to give birth]? We have agencies in China that work out scheduled to fly people in to have their babies here and then leave.”