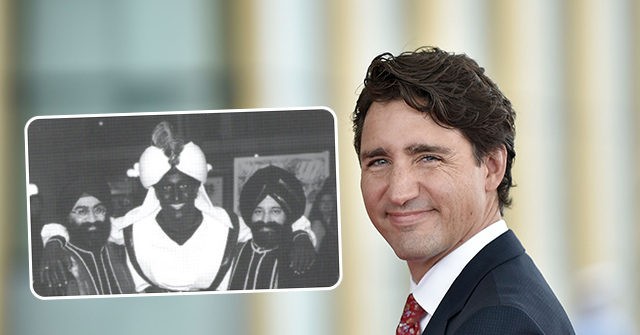 Canadian Prime Minister Justin Trudeau’s blackface costume worn at an Arabian Nights party in 2001 was both “staggering” and “stood out,” one man who attended the now-infamous shindig recalled to a Canadian news outlet this week.

“It was staggering, it was almost overpowering. It looked like an awful lot of work compared to what anyone else put into their outfits. It stood out,” Roger Husband told Global News.

Although Husband admitted to being surprised by Trudeau’s costume, he said he believes the Canadian leader is not a racist, nor was darkening one’s face with make-up considered racially insensitive at the time.

Trudeau apologized Wednesday after a photo surfaced of him at the event.

Trudeau said the photo, published hours earlier by TIME magazine, was taken during an “Arabian Nights”-themed costume gala where he wore “an Aladdin costume and put makeup on.” The event was hosted in 2001 by West Point Grey Academy, where Trudeau worked then as a teacher.

“This is something I shouldn’t have done many years ago,” he said. “I take responsibility for my decision to do that. I didn’t think it was racist at the time. I now realize it was racist.”

Publication of the photo came 10 days after Trudeau kicked off his re-election campaign that on Wednesday saw his party neck and neck with challenger Andrew Scheer’s Conservative Party.

Trudeau said he also once darkened his face for a performance of Harry Belafonte’s “Banana Boat Song (Day-O)” during a talent show when he was in high school.

Global News has also reported a third instance, broadcasting a brief video of Trudeau in blackface while raising his hands in the air and sticking out his tongue. A Liberal Party spokeswoman said the footage was from the early 1990s.

The UPI and AP contributed to this report.