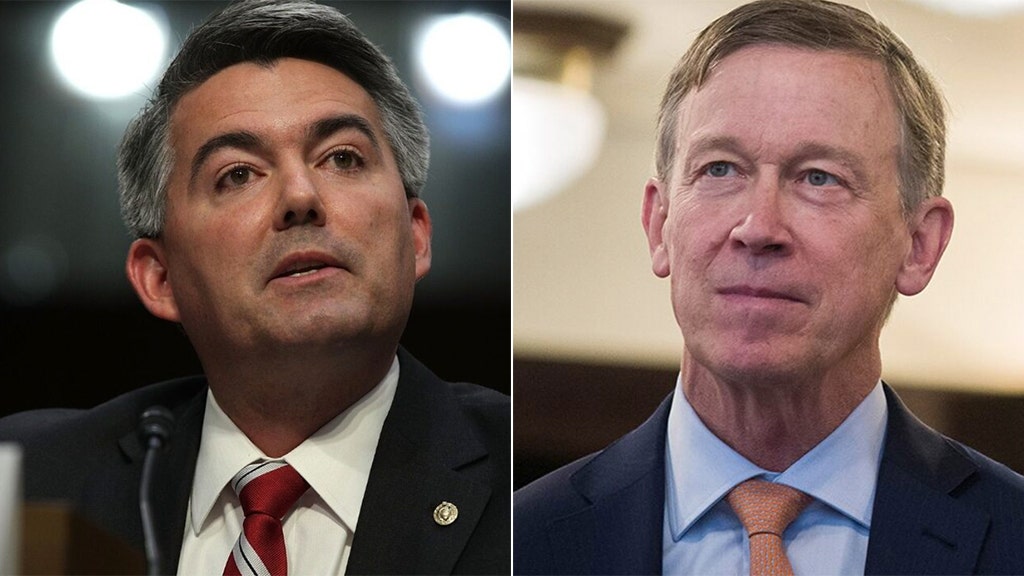 Colorado Sen. Cory Gardner accused his Democratic challenger, former Gov. John Hickenlooper, of flip-flopping on his stance on the importance of providing a “targeted” coronavirus relief package as quickly as possible.

“Last week [Hickenlooper] said he supported a targeted relief bill. Chuck Schumer must’ve called him because he now refuses to support [additional] COVID relief,” Gardner,  Republican, tweeted on Wednesday. “If their goal is to make this pandemic as painful as possible, it’s working – and Coloradans are suffering the consequences.”

CORONAVIRUS VACCINES COULD BE AVAILABLE FOR ALL AMERICANS BY MARCH: HHS SECRETARY AZAR

A member of the Hickenlooper campaign challenged a tweet from Gardner’s office, condemning congressional Democrats of blocking a GOP COVID-19 relief package Wednesday, which sparked a larger back and forth between the two Senate challengers.

Gardner used the opportunity to remind Hickenlooper that during a debate earlier this month, the Democratic candidate was questioned on whether he believed Democrats were to blame for holding up a coronavirus relief package by loading it with economic “goodies,” according to Colorado Public Radio.

“Yes. Certainly, if I was in Washington, I would do everything I can to make sure that there was an efficient process to get a lean bill to put forward,” Hickenlooper had said.

But Hickenlooper also pushed back, echoing Congressional Democrat’s claims that the Republican bill is insufficient to address the economic needs of Americans reeling from the coronavirus pandemic.

“What’s been to me most frustrating is we haven’t seen any willingness on the Republican or the Democratic side to sit down and actually roll up their sleeves and find, ‘where do we agree’? Where do we disagree and begin looking at it,” Hickenlooper said last week.

Hickenlooper’s campaign could not be reached for comment to address Gardner’s claims of altering his stance, but the campaign released a statement attacking Gardner in turn.

The former Colorado governor addressed reports that surfaced Wednesday which alleged that Senate Majority Leader Mitch McConnell, R-Ky., had advised President Trump not to pass a coronavirus relief package, despite Trump’s reported intentions to do so.

McConnell reportedly advised the White House during a closed-door meeting that he thinks the negotiations between Speaker of the House Nancy Pelosi and Treasury Secretary Steve Mnuchin may interfere with the Supreme Court confirmation of Amy Coney Barrett, if a large legislative package were to be voted on before the Nov. 3 election.

“Mitch McConnell is deliberately sabotaging COVID relief negotiations, and — yet again — Coloradans are getting nothing but cowardly silence from Cory Gardner,” Hickenlooper said in a statement.  “His political games and refusal to negotiate cost Coloradans who are struggling to put food on the table, make their rent or mortgage, and pay their bills.”

Republicans are reportedly frustrated with Democrats for attempting to pass a $2 trillion package, while GOP members are seeking a “targeted” approach to responding to economic needs that have arisen with the coronavirus pandemic.

Marissa Schultz contributed to this report.