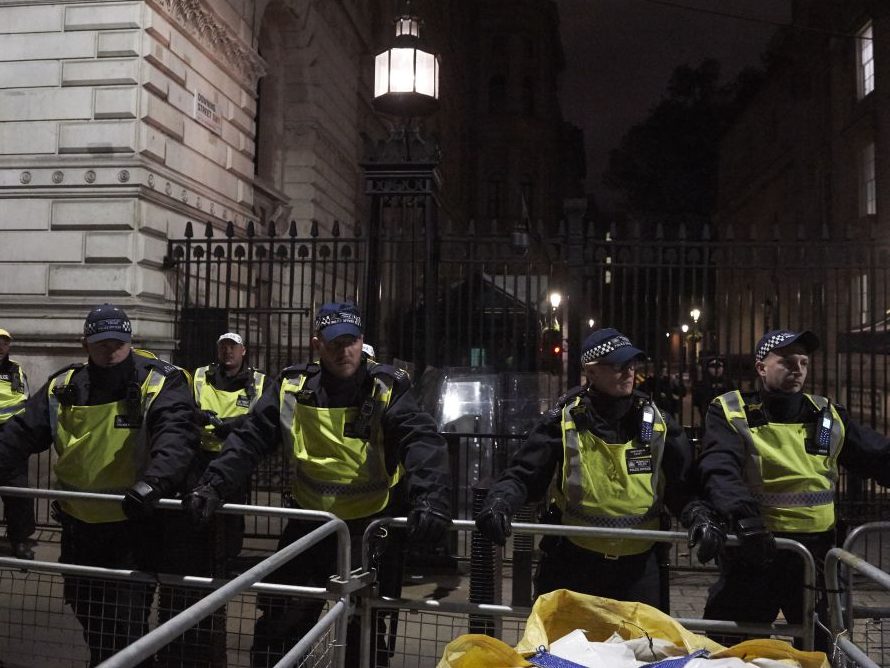 The Parliament Square and Whitehall — the streets at the heart of British government were shut down by London police Monday evening due to an ‘incident’ surrounding a suspicious package.

Police shut down Whitehall — the historic avenue along which Britain’s government ministries and top military buildings are located — and the square outside the nation’s houses of Parliament after what was described as a “suspicious package” triggered an alert.

Parliament Square, Whitehall, and the adjacent Trafalgar Square are set to host the annual million mask march Monday evening, a gathering of self-professed anarchists who wear masks from the Hollywood film V For Vendetta. Police said the incident was not related to the march.

There is currently a road closure on Whitehall between Parliament and Trafalgar Square in #Westminster due to a Police incident. This is not related to tonight’s #MMM2018 event and the road will reopen as soon as possible.

The alert comes 413 years to the day after an attempt to blow up Britain’s Houses of Parliament in the so-called gunpowder plot by dissident Catholics. November 5th is still celebrated in England with the lighting of bonfires and fireworks to remember the foiled plot.