Family members of 16 of the 17 victims of the Parkland, Florida, high school shooting massacre settled their lawsuit against the U.S. Department of Justice (DOJ) this week over the FBI’s failure to act on tips the gunman was planning a shooting at the school.

The DOJ will pay approximately $130 million to 40 survivors and families of victims of the 2018 massacre at Marjory Stoneman Douglas High School, the New York Times reported.

“Although the financial details of the agreement are presently confidential, it is an historic settlement and the culmination of the Parkland families’ long and arduous efforts toward truth and accountability,” said Podhurst Orseck, the law firm that represents the families, the news report noted.

About six weeks before the shooting, one woman called into the FBI’s tip hotline to say the gunman, Nikolas Cruz, was posting disturbing messages on social media about collecting weapons and ammunition.

“I know he’s going to explode,” the woman said, expressing fear Cruz “was going to slip into a school and start shooting the place up.”

In September 2017, however, the first tip about Cruz came when a Mississippi bondsman reported someone with the user name “nikolas cruz” left a message on his YouTube channel that said, “I’m going to be a professional school shooter.” 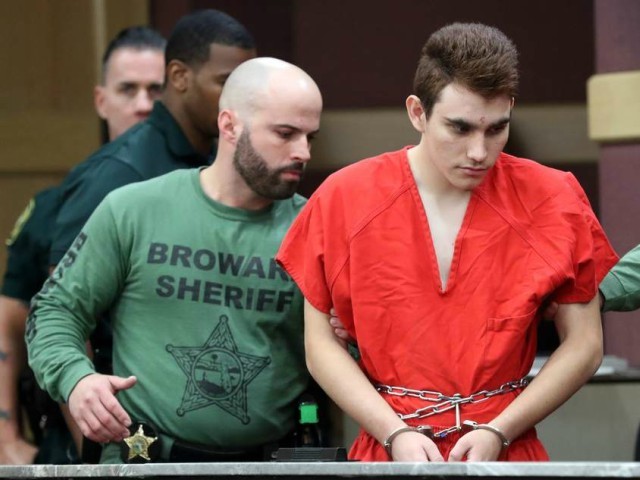 Nikolas Cruz is escorted into the courtroom for his arraignment at the Broward County Courthouse March 14, 2018 in in Fort Lauderdale, Florida. Cruz is accused of opening fire at Marjory Stoneman Douglas High School in Parkland on Feb. 14, killing 17 students and adults. (Photo by Amy Beth Bennett-Pool/Getty Images)

NBC News reported two FBI agents interviewed the bondsman, Ben Bennight, but never contacted Cruz over his comment, allegedly because the agency was unable to identify him, even though his full name was used in the comment.

In remarks about the FBI’s failure to follow up on Cruz’s comments, Robert Lasky, special agent in charge of the FBI’s Miami division, said, “No other information was included with that comment, which would indicate a time, location, or the true identity of the person who made the comment.”

“The FBI conducted database reviews, checks, but was unable to further identify the person who actually made the comment,” he added.

The FBI revealed two days after the February 14, 2018, shooting it had received tips about Cruz, but failed to investigate them according to its normal procedures. 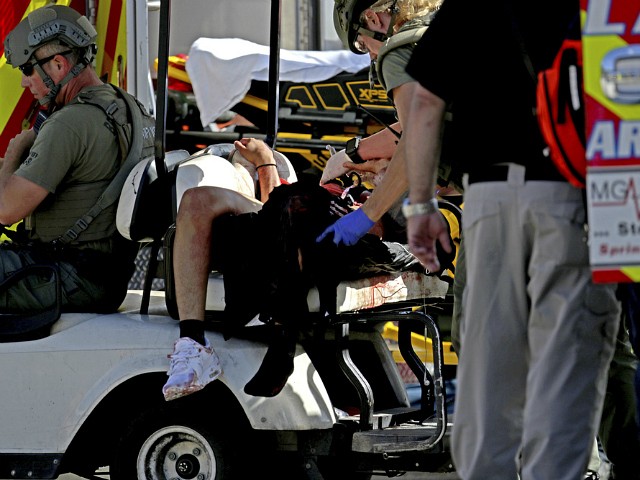 The Times report noted the devastation of families of the victims when the FBI acknowledged they had indeed received information about Cruz ahead of the shooting massacre at the Broward County school:

Fred Guttenberg was picking out a casket for his 14-year-old daughter, Jaime, two days after the shooting when he got an urgent call from an F.B.I. agent working with the families. The agent delivered the difficult news.

“Are you telling me that if the F.B.I. did not make a mistake and did their job a month sooner, my daughter would still be alive today?” Mr. Guttenberg asked the agent, according to the lawsuit Mr. Guttenberg and the 39 other families eventually filed against the bureau.

“I’m afraid so, sir,” the agent replied, according to Mr. Guttenberg.

Andrew Pollack, who lost his 18-year-old daughter Meadow in the shooting, praised the FBI for accepting responsibility for its failure to act on the tips, Fox News reported.

“The FBI has made changes to make sure this never happens again,” Pollack said, reportedly contrasting the agency’s admission of its failures to a lack of the same from the Broward County school district, sheriff’s office, school security officers, and school psychologists who treated Cruz.

Fox News reported the family of the 17th victim chose not to join the lawsuit.

Cruz, now 23, who pleaded guilty to 17 counts of first-degree murder in October, is scheduled for a trial in January, when a jury will decide if he receives a death sentence or life in prison.