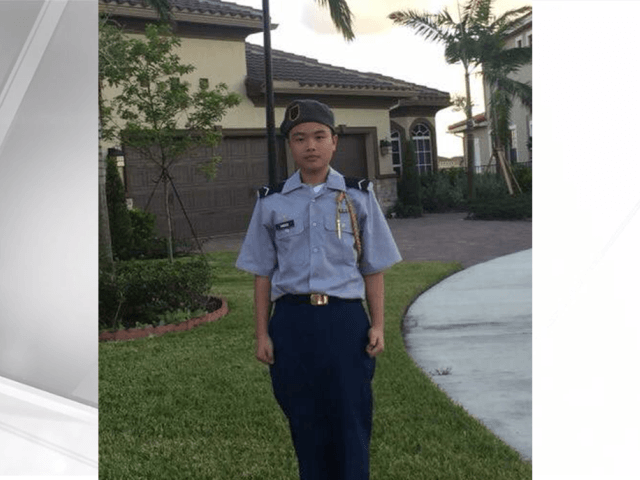 Wang was a freshman when the February 14, 2018, attack occurred. He was also a Junior ROTC (JROTC) member.

When the gunfire broke out, Wang was wearing his JROTC shirt and instead of running for his life, he held a door open so other students could escape, according to the South Florida Sun-Sentinel. Unfortunately, his decision to save others, something his family said embodied who the 15-year-old was, was his final act of selflessness. Wang was shot and killed.

The push to honor Wang has brought together Parkland survivors from both sides of the political spectrum.

For example, a petition to award the Presidential Medal of Freedom to Wang was launched by pro-Second Amendment student Kyle Kashuv.

Today, on Thanksgiving, let’s cross party lines. Let’s join together and sign the below petition to Award the Presidential Medal of Freedom to Parkland Shooting HERO and victim, Peter Wang, who died saving others https://t.co/YDDcXfzqfy

But pro-gun control student activist Cameron Kasky supports awarding the medal to Wang as well. Kasky told WFOR, “For the Presidential Medal of Freedom, there’s no better recipient. Peter lost his life defending others, which is what he wanted to do with his life. He wanted to go into the military and that is a young man who deserves this honor.”