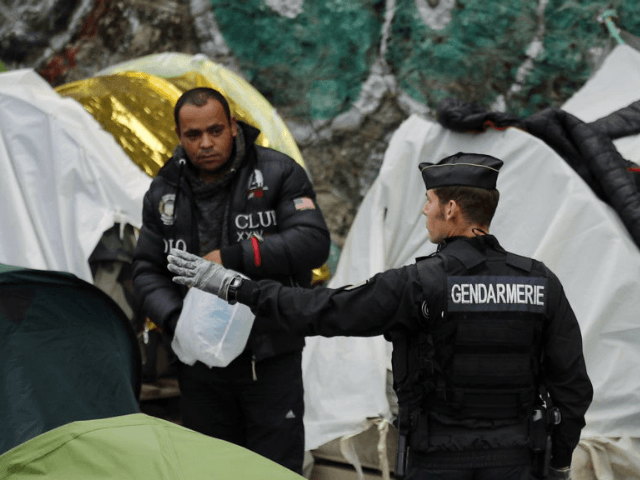 Paris police say they have arrested 1,552 Moroccan migrant minors so far in 2018 after cooperating with Moroccan authorities, but have only managed to deport six.

The report comes after French police in Paris began cooperation with Moroccan police to address the rampant street crime related to minor Moroccan migrants living on the streets of the French capital. The Paris police say that the 1,552 arrests mark a 41 per cent increase from last year when only 813 were arrested, Le Point reports.

While only six of the migrants were deported back to Morocco, a total of eight migrants were given deportation orders with one remaining in custody, and another having fled with police currently conducting an intensive manhunt to find him.

The Franco-Moroccan police forces also looked at 219 files of individual migrants and both forces were able to determine that at least 42 of the migrants who claimed to be underage were actually adults.

The issue of the Moroccan minor gangs has been a priority for Paris police after complaints from locals in the areas of La Chapelle, Goutte-d’Or, and Barbès that the young men were robbing and intimidating them on the street.

The city government attempted to offer the young migrants assistance and housing, allocating 700,000 euros for the project but found their efforts were rejected by the migrants.

The successes of the cooperation between the police forces could spark further cooperation in other cities in France, a move that was suggested by MP for Ille-et-Vilaine Mustapha Laabid, a member of President Emmanuel Macron’s La République En Marche! (LREM/The Republic on the Move), last month.

Rennes public prosecutor Nicolas Jacquet said his city saw ever increasing problems with underage migrants saying, “They commit crimes repeatedly,” and adding, “The difficulty is that there is a permanent renewal of these young people. Those of this summer are not the same as those we questioned at the beginning of the year.”