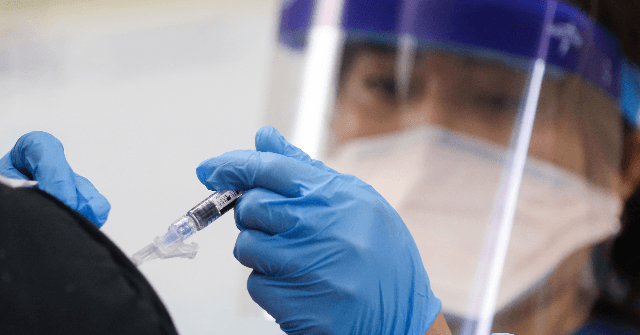 South Korea’s public health body sought to reassure the public on Wednesday after nine people died after receiving an influenza vaccine, insisting that they have not yet found a direct link between their deaths and the vaccination.

The head of the Korea Disease Control and Prevention Agency (KDCA), Jeong Eun-kyeong, said at a press briefing that his agency is currently carrying out thorough investigations into the deaths of nine people.

“We have not found a direct connection between deaths and vaccines, or a relation between adverse effects of flu shots and deaths,” he explained. “We have reviewed whether it is appropriate to continue the vaccination or better to suspend and wait for the results.”

“We came to the conclusion that the deaths had no direct relations with the vaccination given the limited data we have now and without detailed post mortem reports,” he continued. “Considering no major severe adverse effects have been reported from a specific vaccine, we decided not to stop flu vaccinations.”

Jeong added that the deaths may be the result of anaphylactic shock, a serious allergic reaction to an immunization, although epidemiological investigations and autopsies are still ongoing.

South Korea is currently implementing its national flu vaccination program, from which 8.36 million people have received shots. Around 12.97 million have been vaccinated in total.

Most of the nine deaths were of individuals aged 65 or over or with underlying health conditions. However, one of the fatalities was a 17-year-old boy who died two days after receiving his shot. In addition to the deaths, at least 431 people showed abnormal responses after receiving their shots including local reactions, allergies, and fevers.

“We feel regret over people’s concerns over free flu shots and are looking into the situation in a grave manner,” said Vice Health Minister Kim Ganglip at a press briefing. “But first, we must find out the exact cause of the recent deaths.”

“Since most people who got flu shots with the same vaccines reported no major problems, we concluded that those vaccines do not contain toxic materials,” added Kim Joong-gon, who leads the KDCA currently investigating the deaths. “We can get rid of the possibility that the vaccine itself is a problem.”

As the winter approaches, the South Korean government is attempting to inoculate 30 million people to help ease the pressure on the country’s health system caused by a potential second wave of the Chinese coronavirus.

It is not the first time that the program has run into difficulty. Last month, the program was suspended for three weeks after it was discovered that around five million doses of the vaccine, which must be kept refrigerated, had been left at room temperature while being transported to a hospital.