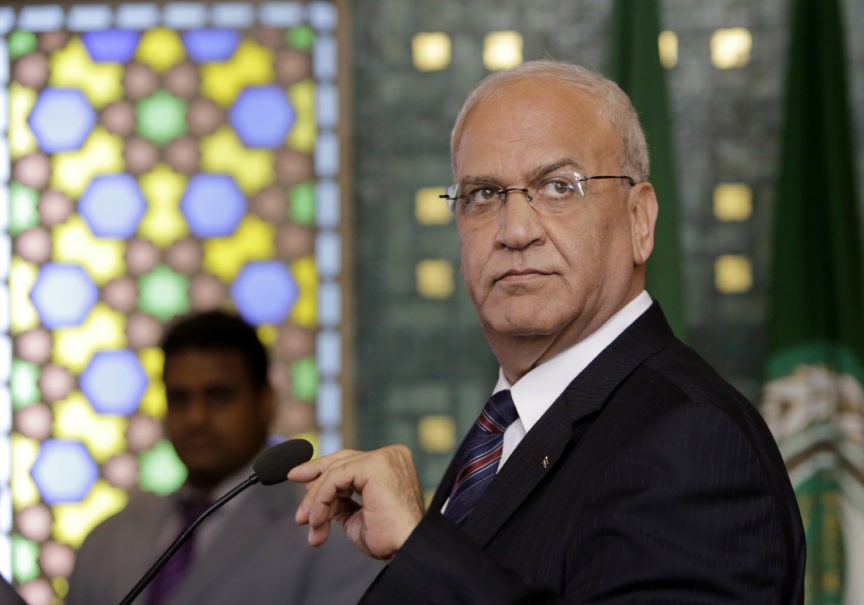 TEL AVIV – The Palestinian Authority on Wednesday officially shunned an invitation to a U.S.-led peace conference in Bahrain next month in what is being billed as a precursor to President Donald Trump’s so-called “deal of the century” for resolving the Israeli-Palestinian conflict.

“This is an official announcement that Palestine will not attend the Manama meeting. This is a collective Palestinian position, from President Mahmoud Abbas and the PLO Executive Committee to all Palestinian political movements and factions, national figures, private sector and civil society,” senior Palestinian official Saeb Erekat said in a statement, adding that no Palestinian representative would be present.

“Those concerned and [who] want to serve the interest of the Palestinian people should respect this collective position,” he said.

On Sunday, the U.S. announced it would unroll the first phase of the long-anticipated proposal at the forum, saying it would outline the economic rewards if a peace deal were to be struck.

Special Mideast envoy Jason Greenblatt said the proposal has the “potential to unlock a prosperous future for the Palestinians.”

Erekat responded by saying, “Palestine’s full economic potential can only be achieved by ending the Israeli occupation, respecting international law and UN resolutions.”

Addressing the UN Security Council on Wednesday, Greenblatt said “it would be a mistake for the Palestinians not to join us.”

“They have nothing to lose and much to gain if they do join us. But it is, of course, their choice,” said Greenblatt.

The UAE and Saudi Arabia on Tuesday announced that they will attend the Manama workshop.

Both countries are said to have pressured the PA into accepting the invitation.

According to the Jerusalem Post, Saudi Arabia, Egypt and the UAE expressed “concern” over Palestinian opposition to the workshop.

“The Arabs say we should have consulted with them before publicly rejecting the workshop and calling for its boycott,” the Post quoted one Ramallah official as saying. “They are actually pressuring us to stop speaking out against the Bahrain conference and to allow businessmen to go there.”

“Any solution to the conflict in Palestine must be political … and based on ending the occupation,” he said. “The current financial crisis is a result of a financial war waged against us and we will not succumb to blackmailing and extortion and will not trade our national rights for money.”

Ahmed Majdalani, the social development minister and a member of the Palestine Liberation Organization’s executive committee, reiterated Shtayyeh’s comments, saying: “There will be no Palestinian participation in the Manama workshop.”

“Any Palestinian who would take part would be nothing but a collaborator for the Americans and Israel,” Majdalani said.

The only Palestinian currently set to attend the workshop is Ashraf Jabari, a Hebron businessman with ties to settlers who received a personal invitation from the Trump administration.

Trump’s Mideast envoy, Jason Greenblatt, shot back, saying that it is “difficult to understand why the Palestinian Authority would reject a workshop designed to discuss a vision with the potential to radically transform lives and put people on a path toward a brighter future.”