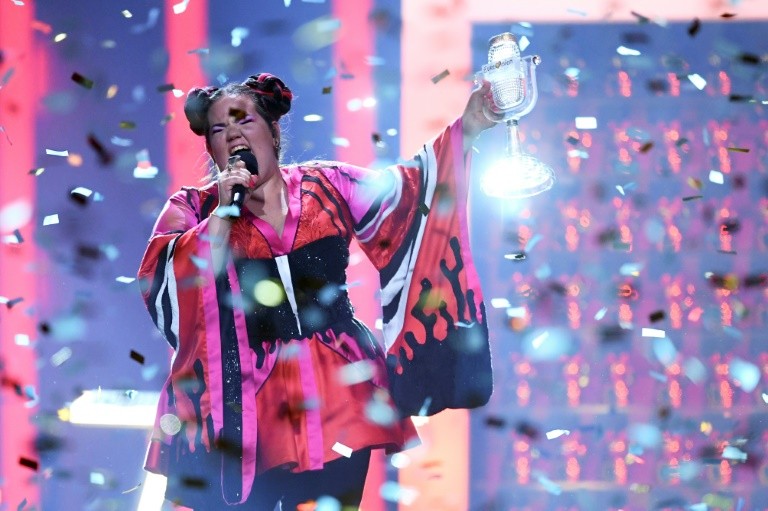 TEL AVIV – The Palestinian Journalists Syndicate on Wednesday called for a boycott of the 2019 Eurovision Contest, scheduled to take place in May in Tel Aviv, with the syndicate claiming that the music event may be held in “occupied Palestine.”

The Ramallah-based syndicate, which is mostly compromised of members of the ruling Fatah faction, wrote a letter to the European Broadcasting Union claiming that the Eurovision contest “may be held in Jerusalem or any part of occupied Palestine, and this is harmful to the rights of the Palestinian people, especially their right to self-determination.”

It was not clear why the syndicate called for boycotting the song content in Tel Aviv.  The organization did not specify whether they were referring to Tel Aviv as “occupied Palestine.”  Fatah has previously referred to the entire state of Israel as “occupied.”

Copies of the letter were also sent to the International Federation of Journalists and the European Union for Journalists, Israel’s Maariv newspaper reported.

Tel Aviv was eventually selected to host Eurovision, ending months of speculation. It is not clear, then, why the syndicate is boycotting the song contest.

There have been multiple calls to boycott the event, including from the Palestinian Authority’s culture minister, who claimed that going ahead with it would be “whitewashing the Israeli occupation.”

A group of more than 100 artists, including former Pink Floyd front man and avid BDS activist Roger Waters published an open letter in the Guardian newspaper calling on fellow artists to boycott the event.

Three UK-based pro-Palestinian groups also called for a boycott and said they would stage a protest outside the BBC in London, which broadcasts the event every year.