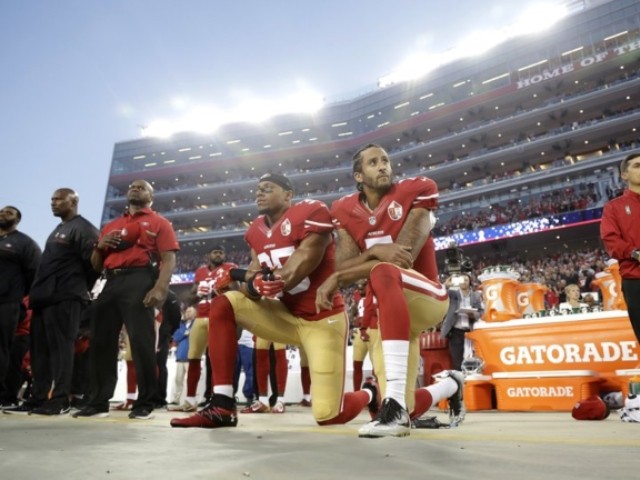 A local Democratic official in Pennsylvania claims that he was made to resign over a Facebook post telling people to “Stand for the Flag.”

According to the Hill, “Mark Salvas, the former executive director of the Allegheny County Democratic Party, told Pittsburgh’s KDKA News that the county party chair asked him to resign after just weeks on the job.

“Salvas, a former Marine and Gulf War veteran, told KDKA that his forced departure was prompted by two social media posts, including one photo of him and his wife with the words: ‘I stand for the flag, I kneel at the cross.’”

Salvas also told KDKA, “I’m not ashamed of my patriotism, not one bit. I fought for this country. I think I have a right to have a voice and be patriotic. It’s never easy when people you have never met accuse you of things and call you names, and you’ve never met them.”

Another controversial message involved a Facebook post from Salvas’s wife, in which she sought support for a police officer and family friend, who had been charged with homicide after shooting and killing an unarmed black teenager named Antwon Rose II.

“To put that up on Facebook was, to me, insensitive, also to African-Americans, who, as you know, have backed the Democratic Party for quite a long time, and everybody knows that it was insensitive,” Gainey said.