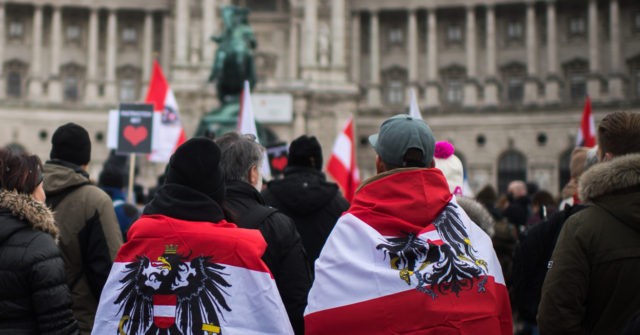 550,000 unboosted people are at risk of having their vaccine passes revoked as Austria prepares to change the rules surrounding eligibility.

From February 1, over half-a-million people in Austria are at risk of losing their vaccine passes, a valuable document needed to access a wide variety of services in the country. In a country of just nine million people, the number of individuals involved in the change is a considerable one.

The change of policy means the grace period for fully jabbed individuals to get boosted is being lowered from nine to six months for all over-18s.

As a result, 490,000 people are set to lose their passes, with a further 60,000 having already been on schedule for their documents to be revoked under the previous nine-month limit, according to Kronen Zeitung.

Meanwhile, those under the age of 18 will see their passes expire after seven months under the new rules.

According to the country’s health ministry, those affected by the change should have received a push notification to their phone through their Covid app, reminding them to get the booster jab.

For those who are boosted, however, the pass will remain active for a further nine months from when they had received their last shot, assuming the rules in the country do not change again.

Despite the further implementation of restrictions and mandatory jabs, the Austrian government appears to have actually U-turned on their policy of an indefinite “Corona Apartheid” lockdown for the unvaccinated, announcing the total lockdown of the unjabbed will end Monday next week.

Those who have neither been jabbed nor have recovered from the Chinese Coronavirus within a certain time period however will still be refused service in restaurants and bars, and will still also be prevented from accessing non-essential retail.

The country has also successfully passed legislation mandating that all those over the age of 18 in the country get vaccinated against the Chinese Coronavirus.

After the measures come into effect, those who refuse to get jabbed will face hefty fines of up to €3,600.

Other countries may soon follow suit in forcing the vaccine, despite many other nations across Europe — such as Ireland, England, and the Netherlands — all dramatically loosening restrictions.

Germany’s Bundestag saw politicians debate mandatory vaccination on Wednesday, with representatives mulling the possibility of forcing the jab for either all those over 50 within the country, or even for all those over the age of 18 in the Federal Republic.

Meanwhile, neighbouring Belgium began hearings on the possibility of some form of vaccine mandate on Wednesday, with the nation’s parliament bringing in 32 experts from various fields to discuss forcing the vaccine.

One politician, Peter De Roover, welcomed the diversity of views being brought to the debate, but said that white “we are giving the floor to everyone, it does not mean that we will follow everyone’s views”.