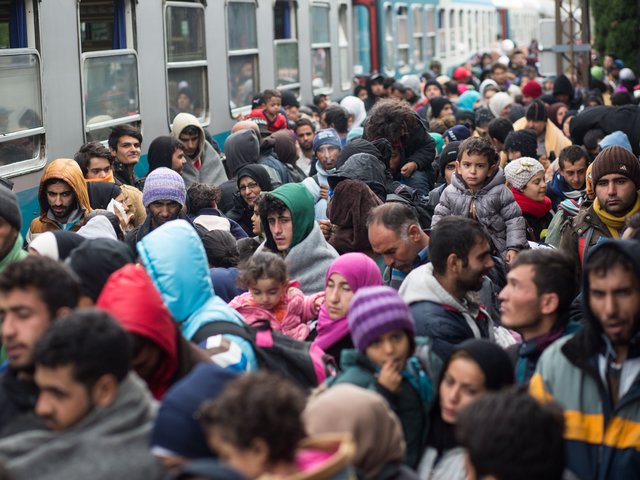 More than 200,000 asylum seekers in Germany who have come to the country since 2014 share the birthday of January 1st because they arrived without any form of identification.

As of July 31st, a total of 207,347 asylum seekers in Germany share the same birthday of January 1st, according to the German Federal Ministry of the Interior after a question was posed to them by anti-mass migration Alternative for Germany MP Anton Friesen, Berliner Zeitung reports.

Of the total number, 125,408 asylum seekers had come to Germany during the height of the migrant crisis in 2015.

“The date January 1 is recorded when asylum seekers cannot produce a passport and other identity papers and know only their year of birth, but not the exact day or month,” the Interior Ministry said. In the first seven months of 2018, 6,367 asylum seekers were given a January 1st birth date.

The data reveals the extent of the number of migrants who have entered Germany without identification and, as a result, are much harder to deport to their home countries if their asylum claim is rejected.

Even when the government is aware of the countries in which asylum seekers originate, deportations remain difficult.

Last month, the Federal Office for Migration and Refugees (BAMF) admitted that despite 86 percent of African migrants having rejected asylum applications, only 3,164 out of the total of 27,250 who came in the first six months of 2018 were deported.

In an attempt to answer questions about the origins of migrants coming to the country, such as links to terror organisations, whether they are lying about their age or where they come from, the government proposed to seize and examine the mobile phones of asylum seekers last year.

Only a year after the height of the migrant crisis, investigative journalist Abdullah Khan spent four months in an asylum reception centre and claimed that as many as 80 percent of the migrants he met either lacked or threw away their papers.

“Many pose as minors travelling alone, because word has spread that they will qualify for more benefits. … To lie about their age, many people use false passports and other identity documents,” he said.