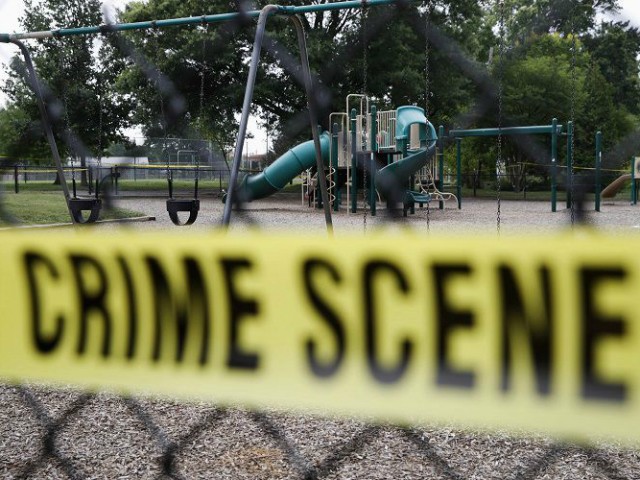 More than one hundred suspects were arrested during a human trafficking and child sex sting in central Ohio this week.

“Authorities went after human traffickers selling people for sex, men trying to buy sex and men trying to meet children online for sex,” according to WBNS 10.

At a press conference on Friday, Yost said, “Don’t buy sex in Ohio… You don’t know when a man buys sex whether it’s genuine consent or, rather, the victim is being forced with a baseball bat, a knife or the next hit of heroin.”

When you hear a man talking about buying sex, he never says, ‘I’m buying a woman.’ He talks about a whore, a slut, a piece – and that’s because saying what is really happening is too close to the truth for them to handle. People who think and talk like that know in their heart of hearts – it’s slavery.

Leading up to the arrests, undercover agents with the Internet Crimes Against Children task force (ICAC) worked in online chatrooms, apps, and various websites, posing as underage girls to bait those suspects who were allegedly seeking sex with minors.

A portion of the initiative focused on those seeking to engage in sexual activity with whom they believed to be minor children. This portion of the operation arrested 24 individuals for importuning and attempted unlawful sexual conduct with a minor. One individual faces additional charges of attempted rape and one individual faces an additional charge of disseminating matter harmful for juveniles. All charges are felonies.

In a joint statement, Cuyahoga County Sheriff David Schilling and Cuyahoga Regional Human Trafficking Director James Mackey said human traffickers operate solely on the basis of making money. They also noted that going after buyers of sex, or “Johns,” is a large part of combatting the horrific practice.