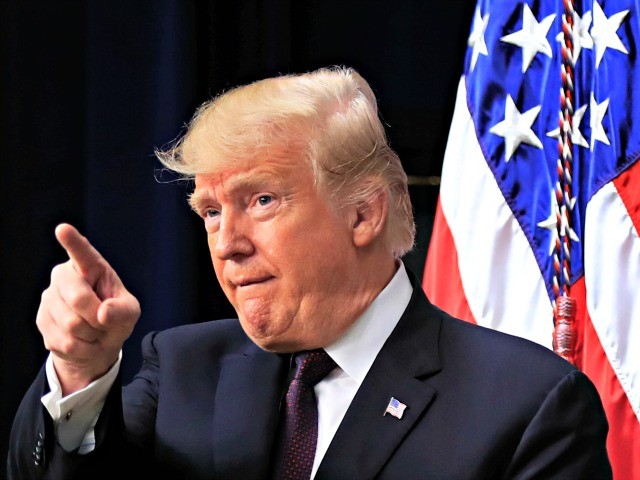 Tariffs on steel and aluminum are not slowing down most American manufacturers that use the metals in production, defying forecasts that the higher duties would hit metals-using businesses hard.

There have been many anecdotal reports of strains put on metals using business from the tariffs but the data do not support the idea that these are significant in aggregate. If anything, the tariffs have been accompanied by rising output and rising demand for productive capacity.

Fabricated metals products output rose 0.2 percent in October, the third consecutive monthly gain, according to data released by the Federal Reserve Friday. For the year, output is up 5.3 percent. These are the intermediate stage metals products that later get transformed into durable goods for consumers–in other words the sector most likely to feel strain from tariffs.

And far from tariffs leaving these metals-transforming plants idle, capacity utilization rose in October to 81.9 percent. This is far above the long-term average of 77.5. Prior to the metals tariffs being imposed in May, utilization was down at 80.4.

Machinery manufacturing output rose 1.2 percent in October, the fifth monthly gain. For the year, this is up 6.9 percent. Capacity rose to 80.7 in October, up from 79.6 a month earlier and 75.7 back in May.

Capacity utilization in the auto sector dipped to 77.6 percent from 79.9 percent from the prior month. But this is still above both May’s 73.1 percent and the long-term average of 75.2.

Aerospace and miscellaneous transportation equipment, another heavy metals-using sector, saw output grow 1.7 percent in October, the fifth consecutive monthly gain. Output is up 4.o percent compared with a year ago. Capacity utilization rose to 78.5 percent from 77.2 percent. Back in May, utilization was 75 percent and the long-term average is 74.2 percent.

There was a decline in output for producers of electrical equipment, appliances, and components, a broad category that is a lot less steel and aluminum intensive than the categories named above. Output fell 0.3 percent for the month and utilization fell four-tenths of a percentage point to 76.7, below the long term average but slightly above the May level. While some of this may be due to tariffs, the decline in prices for a lot of electronic equipment is likely a bigger factor.

There appears to be something of a glut in consumer electronics. The cost of televisions fell again in October, dropping by a seasonally adjusted 1.3 percent. This is the third consecutive monthly decline for televisions. Compared with a year ago, television prices are off 17.8 percent. The price of personal computers fell 1.6 percent and is down 4 percent for the year.  Phone prices are down 6.6 percent compared with a year ago.

The China tariffs, which began to be applied to a larger array of consumer goods in September, may have boosted production. Output in furniture manufacturing, which is a major category for Chinese imports and had fallen in August, was up 1.4 percent in September and 1.6 percent in October. Compared with a year ago, output is up 3.1 percent. Utilization rose a full percentage point to 76.9, topping its long term average of 76.7.

Rising output and utilization indicate that U.S. businesses may have to invest more to expand capacity if growth is to continue. Likewise, tighter labor supplies combined with rising output points to a promising wage picture for manufacturing workers.