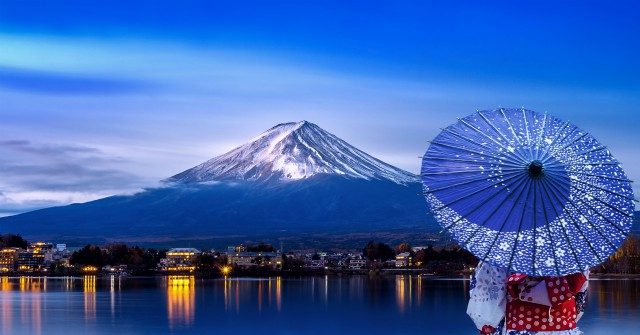 The UK has launched the beginning of negotiations for a free trade deal with Japan, the talks commencing as reports suggest discussions between Brexit Britain and the European Union could collapse over fishing and regulatory alignment.

The Department for International Trade announced on Tuesday that the agreement will be building upon the existing EU-Japan deal but will secure additional benefits such as supplying support for 5.9 million small businesses in the UK.

Digital trade will also feature prominently in the deal, with the two countries setting standards in areas including e-commerce and digital technology, which, the government said, will help the UK to “establish our position as a global technology superpower”.

Secretary of State for International Trade Liz Truss launched the negotiations virtually, via video call, with the Japanese Minister for Foreign Affairs, Motegi Toshimitsu. Due to the ongoing coronavirus lockdowns around the world, negotiations will be conducted remotely via videoconference.

The Department for International Trade said in a statement: “Last year, UK trade with Japan was worth over £30 billion and 9,500 UK based businesses exported goods to the country, helping to employ 2.4 million people across the UK. A bespoke free trade agreement with Japan will help generate significant opportunities throughout the economy, creating jobs, boosting wages and diversifying choice for consumers.”

A trade deal with Japan would not only increase revenue and give a boost for jobs and businesses but is an important step in the UK joining the Comprehensive and Progressive Agreement for Trans-Pacific Partnership (CPTPP). The 11-member CPTPP spans from Australia to Chile and would improve access for British businesses in the Asia-Pacific region.

Last month, the UK embarked on the start of trade talks with the United States, with both parties saying they had been “positive and constructive”.

The UK progressing in launching new trading relationships around the world comes as talks with the trade bloc the UK formerly belonged to are grinding to a halt.

On Friday, the EU’s chief trade negotiator Michel Barnier said that following the conclusion of the fourth round of talks, there had been no progress. The EU wants to maintain current arrangements regarding fishing, where under the Common Fisheries Policy, around 60 per cent of the landings in British territorial waters is caught by European fishermen. By catch and zone, the loss for British fishermen is stark: 84 per cent of English Channel cod is landed by the French, with just nine per cent by the British.

The UK has maintained that it will not budge on regaining control of its territorial waters, offering an annual negotiation for EU fisheries interests instead. While earlier reports suggested that the EU’s administrators were preparing to soften their “maximalist” approach on demanding continued fishing rights, some member states such as France have said “non”, and have put pressure on Barnier to stick by the EU’s original hard line so that Europeans can continue to pillage British waters unhindered, indefinitely.

Other factors are putting pressure on the UK-EU deal, such as the EU’s insistence that the UK abide by Brussels’ regulations, the “level playing field”, which would not only stop the UK from becoming a global competitor but could hinder free trade agreements with other countries.