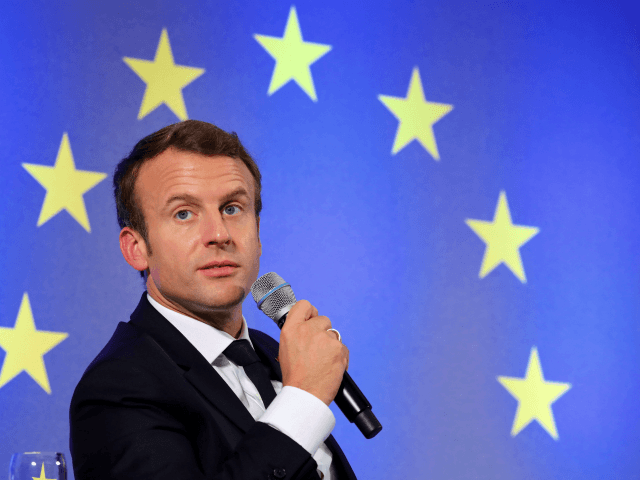 French MPs have voted to make displaying the Tricolore and European Union flag compulsory in schools.

The National Assembly backed the amendment from establishment right-wing Republicans MP Éric Ciotti on Monday, according to euronews.

The two flags must be displayed in all lower and high schools, regardless of whether they are private or state-run, and it will be obligatory for all children to learn France’s national anthem, “La Marseillaise.”

Ciotti’s amendment to French President Emmanuel Macron’s education reforms had only called for the presence of the French flag, but he said the addition of the EU flag was “an important step forward.”

The move was criticised by right-populists who objected to the compulsory hanging of the EU flag.

Marine Le Pen, the leader of National Rally (formerly Front National) slammed the Macron-led government for “impos[ing] this flag in the schools of our children!”

“Emmanuel Macron stops talking to us about a referendum when he also cynically violates the last organised in our country!” she added, in reference to the 2005 rejection in a French plebiscite of the European Constitution, which would have included the formal recognition of a flag, a motto, and an anthem for the bloc.

After also being rejected in a similar referendum in the Netherlands, Brussels repackaged the European Constitution into the Lisbon Treaty, which was signed by EU member states in 2007.

“Our country is France, not their EU!” he added.

While Mr Philpott’s chief of staff and Patriots councillor for the greater Paris region Joffrey Bollée said, “The European flag has no place in our classrooms! What a shame to impose this ideological symbol on our children!”

And François Asselineau, president of the Popular Republican Union which campaigns for ‘Frexit’ — an exit of France from the EU — called the move “unconstitutional,” writing, “Our Constitution recognises only the blue-white-red flag and the ‘European symbols’ were not adopted by France with the rejection of the Constitution! So it’s unconstitutional!

“One more reason to dismiss Macron!”

Since coming to power, President Macron, who established the progressive La République en Marche! (Republic on the Move) party, has positioned himself alongside German President Angela Merkel as the leader of Europe, saying late last year that the “Franco-German couple” will lead and stop the world “falling to chaos.”