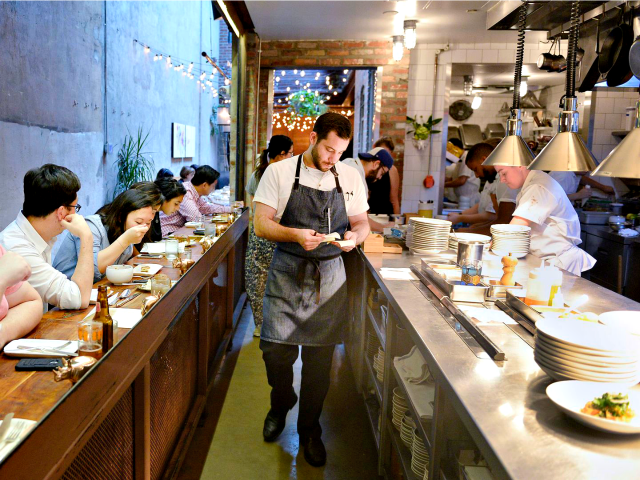 Alfredo Ortiz of Job Creators Network writes in The Hill that the $15 minimum wage, a top priority for the new Democrat House majority, could seriously hurt the economic climate for small business:

The Democrats have taken control of the House for the first time in eight years. Small business owners across the nation watch with concern, as their legislative agenda threatens the best economic climate in decades. Take one of the top priorities of House Democrats, which is mandating a national $15 minimum wage. Speaker Nancy Pelosi last year vowed to pass this in the first 100 hours of the new Congress. A $15 minimum wage would dramatically increase labor costs for many small businesses and threaten to swamp the tiny profit margins on which most of them run.

Consider that the average profit margin in the restaurant industry, which employs more than half of all minimum wage workers, is just 3 percent to 5 percent. With labor making up about a third of operating costs, raising labor costs with a $15 minimum wage would make many restaurants unprofitable. Already, in states like New York and California, which have passed the $15 minimum wage, countless small businesses have been forced to lay off staff, cut back hours, or close entirely as a direct result. Think of the damage in poorer states like West Virginia and Mississippi, where a $15 minimum wage is roughly the same as the median wage.

A dramatic minimum wage increase is just one part of the agenda that threatens small businesses. Another priority for House Democrats is vastly expanding the wage threshold under which salaried workers have access to time and a half overtime pay. Such a move would suddenly make millions of junior manager positions much more expensive for employers, and therefore limit these sought after springboards to the middle class. According to data from the National Retail Federation, such an overtime expansion would cost restaurants and retailers $9.5 billion each year, and force them to demote salaried workers to hourly workers.
You can read the rest of the editorial here.