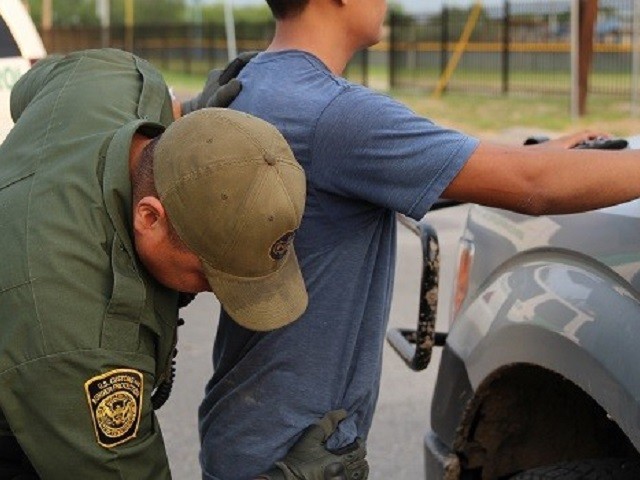 The Border Patrol’s Rio Grande Valley Sector chief told Breitbart Texas his agents apprehended migrants from at least 52 countries, including many from nations with connections to terrorism.

“Do you think there is a terrorism risk because of not only the openness of the border in these areas but also because of the nature of the transnational criminal groups south of here?” Breitbart Texas Editor-in-Chief Brandon Darby asked Rio Grande Valley Sector Chief Patrol Agent Manuel Padilla, Jr. in an exclusive interview. “Absolutely,” Padilla responded.

This discussion between Darby and Padilla begins at the 23:23 mark in the following video:

“There is no way that we can accept the risk of people coming into this country without us knowing who they are,” the sector chief stated. “I can tell you that year-to-date, we have apprehended people from 52 different countries. Some of those are Middle Eastern countries, some of those are countries from Africa. So it’s really people from all over the world and we must know how they’re arriving here, who they are, and ensure that the national security mission is done.”

During the interview, Darby cited a 2012 United Nations report on drugs and crime in Central America and the Caribbean.

“They talked about pathways from the Horn of Africa, which would be Somalia, into the United States. They take a lot of the same routes, once they get to South America or Central America that Mexican or Central American migrants take.”

Agents under Padilla’s command arrested a group of nine Bangladeshi nationals in April, Breitbart Texas reported. As of that time, the agents arrested a total of at least 76 Bangladeshis during the 2018 fiscal year.

In the neighboring Laredo Sector, agents arrested 668 Bangladeshi nationals during a record-setting year. In these two sectors alone, nearly 750 Bangladeshi migrants have been apprehended after illegally crossing the border with the help of Mexican drug cartels.

A 2015 report from the U.S. Senate Committee on Homeland Security and Governmental Affairs revealed that “legitimate concerns remain that terrorists could exploit our country’s southwest border to enter the U.S. undetected.” The report continues:

While the likelihood of a terrorist group using the southwest border as an entry point to complete a terrorist attack is an area of debate, the potential for exploitation should be taken seriously given that there was a 70 percent increase from FY2013 to FY2014 in OTMs [Other Than Mexicans] crossing the border. This included individuals from Iraq, Syria, and Egypt. According to Border Patrol agents on the ground, 51 percent of all Border Patrol apprehensions are currently OTMs.