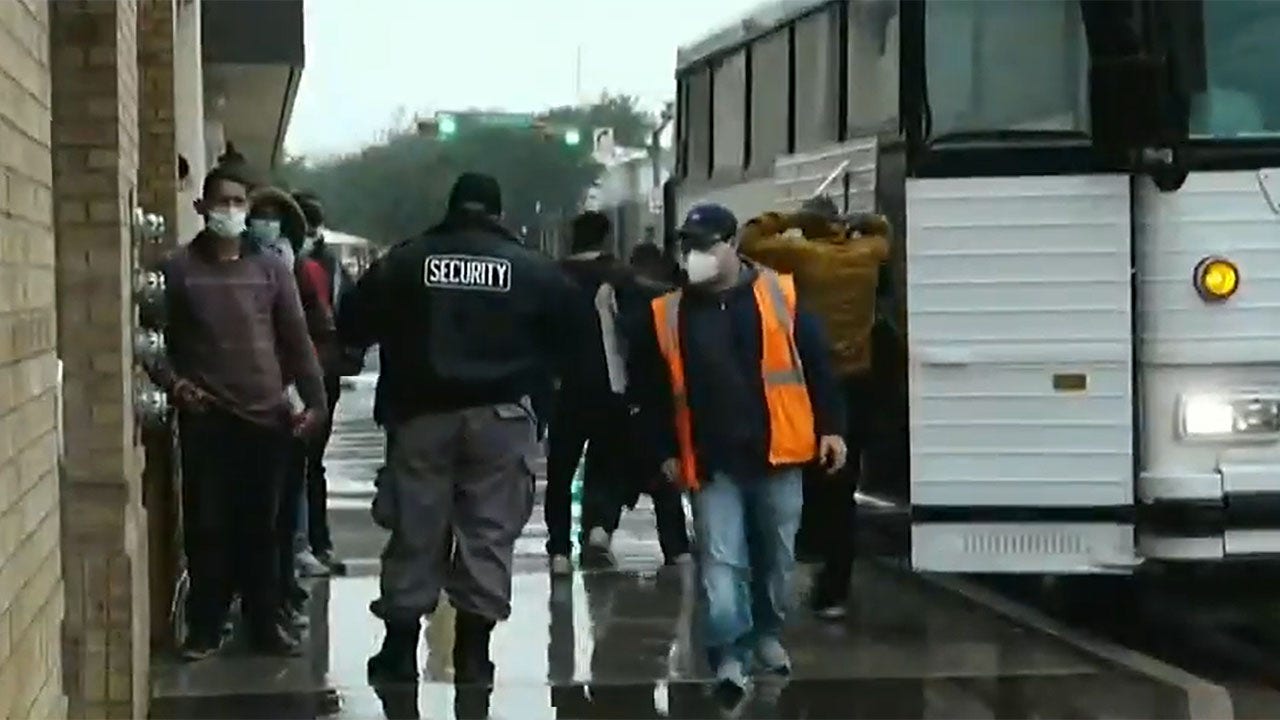 On today’s episode, Josh Holmes is ‘Outnumbered’ as mass amounts of migrants are being released in Texas including criminals. Meanwhile, Russian President Vladimir Putin sends more troops to the Ukraine border.

Just 59% of single adult migrants encountered by Border Patrol agents in December were expelled via Title 42 public health protections — the latest in a steady decline in the use of the Trump-era order that allows for the rapid expulsion of migrants at the border.

That means 59% of single adults were expelled under the order, and 19% of family units.

The Trump administration enacted Title 42 public health protections in March 2020 in response to the COVID-19 pandemic. The Centers for Disease Control and Prevention (CDC) order allows for the rapid expulsion of migrants, often within minutes and without detention, at the border. While officials in both administrations claimed it was a public health order, not an immigration order, it has been used by both administrations as a critical tool in stopping migration.

Despite pressure from immigration activists, the Biden administration has kept the program in place but has not applied it to unaccompanied children. Meanwhile, Mexico has refused to accept migrant family units with tender-age children, explaining in part the drop in migrant family returns under the order.

The decrease can be attributed, at least in part, due to the different demographics coming north. In 2020 and early 2021, a larger majority of single adults were coming from Mexico and Northern Triangle countries of Honduras, Guatemala and El Salvador.

Recently, the U.S. has seen more migrants coming from countries such as Nicaragua, Cuba and Venezuela. Those are nationalities that Mexico is believed to be refusing to accept via Title 42 returns.

According to CBP statistics, the number of “other” nationalities (not from Mexico or the Northern Triangle) has risen from 11,909 in February to 79,269 in December.

This means in many cases those nationalities, because they are not “Title 42-able,” are being processed and released into the interior — often under Alternatives to Detention (ATD) that see migrants equipped with an ankle bracelet or other tracking method.

In a statement, CBP did not directly address why the percentage of single adults being removed under Title 42 had reduced so significantly over the year.

“DHS continues to expel migrants under Centers for Disease Control and Prevention’s Title 42 authority,” a spokesperson said. “Those who cannot be expelled under Title 42 and do not have a legal basis to remain are placed in expedited or full removal proceedings.”

“Our borders are not open, and people should not make the dangerous journey. Individuals and families are subject to border restrictions, including expulsion,” they said.

Some migrants from places such as Nicaragua and Cuba are being enrolled into the recently restored Migrant Protection Protocols (MPP), but the number enrolled into the program — which sees migrants returned to Mexico — were less than 300 in December.

With only a fraction of the migrant families being returned under Title 42, and just over half the single adults being returned, it is a stark contrast from how the program was at the start of 2021.

Fox News this week published footage showing single adult migrants being processed and quickly released into the interior in their hundreds in Brownsville, Texas.