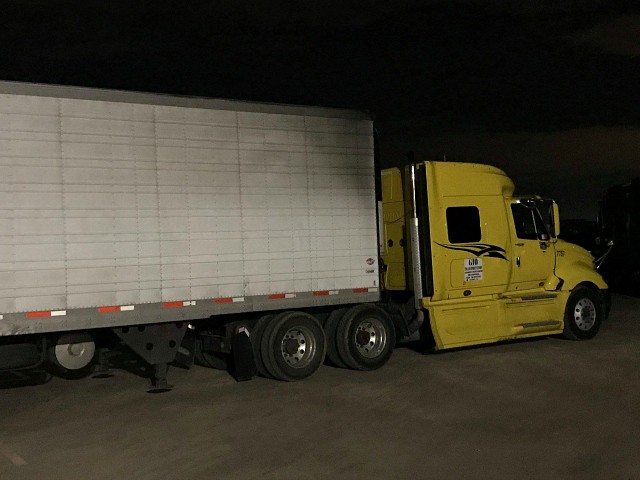 The 21st Judicial District Attorney Drug and Violent Crime Task Force announced the results of the October 22 meth bust which stemmed from an investigation of the truck found sitting in an Oklahoma hotel parking lot, according to KOCO News.

Officials say that the discovery is one of the largest methamphetamine busts in state history.

Investigators arrested the owner of the rig, 36-year-old Enrique Lara of Chicago, Illinois, and his passenger, 21-year-old Jasmine Morales of McAllen, Texas. The pair were charged with aggravated trafficking and booked into the Cleveland County detention center.

On its Facebook page, the Norman Police Department noted that the meth was secreted inside a fuel tank on the rig’s passenger side.

Officials did not say what tipped them to the truck but noted that the investigation is ongoing.

Meth has been a growing problem in the Sooner State. A few months ago, a large drug ring was busted in Bartlesville. Ten people were arrested in June and over $90,000 of meth was taken off the streets.