Africa is suffering a severe shortage of gasoline and petroleum-based fuels generally despite being home to some of the world’s largest oil reserves — a product of being unable to consistently refine all of its crude.

A combination of factors has worsened access to fuel across African nations. Record high fuel costs, coupled with a refinery shortage that renders nations in Africa unable to consume their own oil, and a dependency on European and Middle East refineries have begun to disrupt air transportation and created long fuel lines.

The African continent is home to 125.3 billion barrels of proven crude oil reserves, with Libya, Nigeria, and Algeria at the top of the list. Yet many of the existing refineries in the continent have shutdown altogether or are refining oil at significantly reduced capacities.

In the case of South Africa, the Sapref refinery, a joint venture between Shell Refining SA and BP Southern Africa, announced in February that it would suspend all refinery operations by March and pursue a sale of the facility and its assets. Before the scheduled shutdown took place, the intense rains and flooding that took place in the KwaZulu-Natal province during mid-April 2022 caused damages to the plant, with contaminants still washing up on the shores of the nearby beach one month later.

Sapref was South Africa’s largest refinery. Before its shutdown, it accounted for 35 percent of South Africa’s oil refining output. According to the African energy consultant CITAC, South Africa oil imports are expected to triple over the next year. The South African government has expressed its intention of purchasing Sapref from Shell and BP.

The increasing fuel costs in South Africa have already doubled their 2020 records and economists are expecting further price hikes in the coming months that would see fuel prices reach 30 South African rand per liter ($1.89 per liter — $7.14 per gallon).

In light of the soaring costs of fuel, Gwede Mantashe, South Africa’s minister of minerals and energy, stated at a June 15 parliamentary meeting that South Africa is evaluating the possibility of buying Russian oil.

“We should consider importing crude oil from Russia at a low price because it is not sanctioned,” said Mantashe. 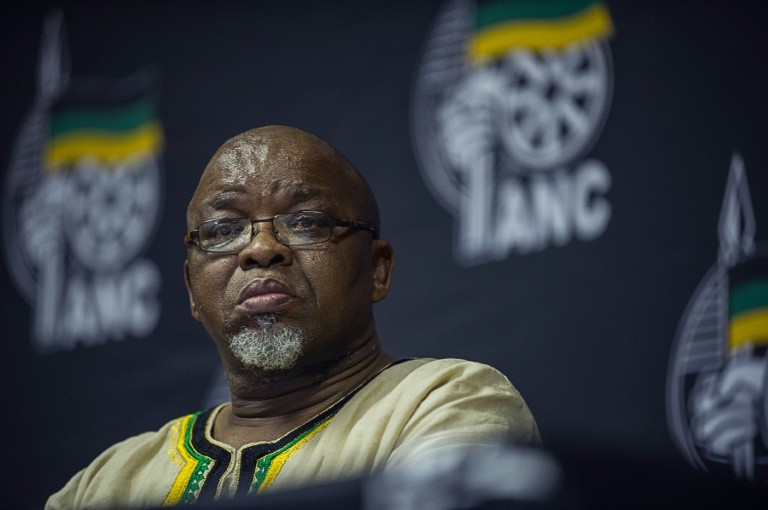 Oil production in Libya has almost stopped completely as a consequence of the ongoing political crisis that began in February 2022 when the eastern Libya-based House of Representatives (HoR) installed a new interim government with Fathi Bashagha as prime minister. The Tripoli-based government of Abdul Hamid Dbeibah, who assumed the position of Prime Minister in 2021, has refused to step down until elections are held. Libya has had two parallel governments and a host of warring tribes siphoning territory from both since the fall of Muammar Qaddafi in 2011. 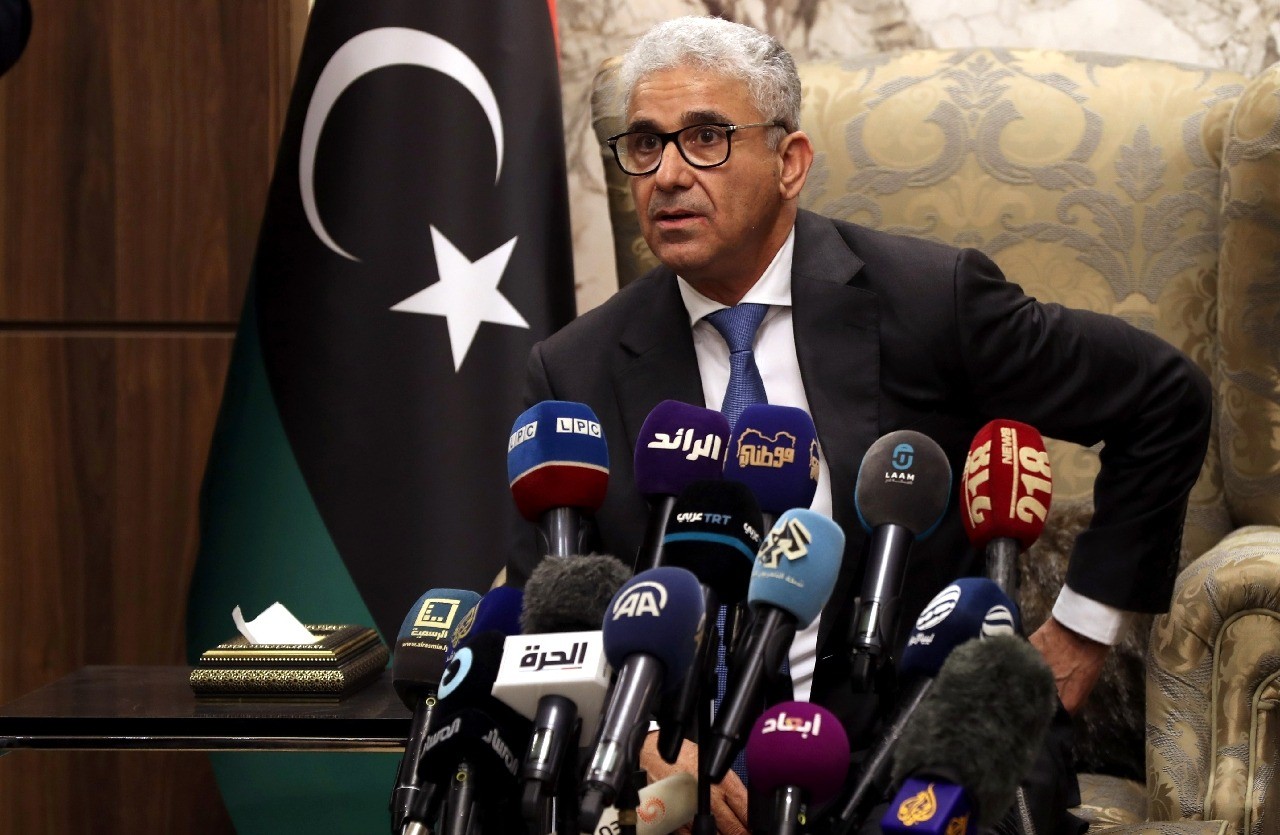 The still ongoing 2022 Libyan political crisis has given forth to a series of clashes and has left the nation yet again with two prime ministers vying for power. Since then, pro-Bashagha forces have forced shutdowns of the nation’s oil fields, ports, and export terminals to exert pressure and force Dbeibah to step down, causing a dramatic drop in Libya’s oil output that, as of April 29, was causing Libya to lose $60 million per day in oil revenues.

In an interview given to Bloomberg last week, Mohamed Oun, Libya’s oil minister, said, “almost all the oil and gas activities in the east of Libya are being shut down.” Libya’s oil output has plummeted from 1.2 million barrels per day in 2021 to 100,000 barrels per day as a result of the ongoing political crisis.

In Kenya, increased fuel prices have jeopardized the country’s ability to subsidize fuel cost for its 2022-2023 fiscal year, leaving it with no choice but to gradually increase fuel costs to compensate for the increasing import costs, which amount to one-fifth of Kenya’s total import expenses.

On June 15, Kenya’s Energy and Petroleum Regulatory Authority (EPRA) announced a new fuel price hike, setting the price for a liter of fuel at roughly $1.36 ($5.14 a gallon) and diesel to roughly $1.19 ($4.49 per gallon), the highest they’ve been in Kenya’s history.

Kenya also faces a steep shortage of U.S. dollars that difficulties their capacity to import raw materials, with the nation’s cooking oil plants shutting down or operating at minimum capacity.

Fadi Mitri, head of Africa’s Puma Energy fuel distribution group, said to Bloomberg, “Indian and Middle Eastern refineries that used to supply Sub-Saharan and eastern Africa are today shifting their flows towards unregulated markets in Europe where they can secure more attractive prices.”

Mitri also asserted that African governments will have to make stark choices in the near future.

Nigeria, Africa’s largest economy, is one of the African nations most affected by the ongoing fuel shortages, and its power grid is continuously failing throughout the year, which the Nigerian government blames on “poor management and low gas supply” as the cause of the blackouts. Nigeria was Africa’s top crude oil producer until May 2022, when a drop in production caused Algeria to overtake Nigeria’s production — despite that, Nigeria has to import all of the fuel it consumes.

In May, the Socio-Economic Rights and Accountability Project (SERAP), a Nigerian non-profit organization, successfully filed a lawsuit against the nation’s president, Muhammadu Buhari, pursuing allegations that his government mismanaged 1.48 trillion Nigerian Nairas ($3,528,093,560.00) to maintain Nigeria’s four refineries between 2015 and 2020, yet no oil was produced by those refineries in that timeframe. The lawsuit additionally allegues that Buhari’s government spent $1.5 billion to repair the Port Harcourt refinery in 2021 and yet the facility is still not operational.

The precarious economic situation in the Niger Delta has given forth to an upsurge of dangerous illegal oil refineries. One such illegal refinery exploded in late April, killing 110 people in the process.

The unreliability of Nigeria’s power grid and high diesel costs have forced Nigerian radio stations to suspend 24-hour broadcasts since March. In May, the Airline Operators of Nigeria (AON) announced that it would begin halting domestic flight operations “until further notice” due to a shortage of jet fuel.

It is expected that the Dangote Refinery, currently under construction, will help placate or outright eliminate Nigeria’s dependency on imported fuel, with a projected output of 650,000 barrels per day (BPD) that, according to the project’s website, will cover all of Nigeria’s refined oil product needs. The privately-owned refinery, of which Nigeria’s National Petroleum Corporation has a 20-percent stake in, is scheduled to begin operations in 2023. In March 2022, Nigerian police forces claimed to foil an attack on the Dangote refinery. According to Benjamin Hundeyin, Lagos police public relations officer, the attackers sought to steal armored cabling from the facility.

Christian K. Caruzo is a Venezuelan writer and documents life under socialism. You can follow him on Twitter here.