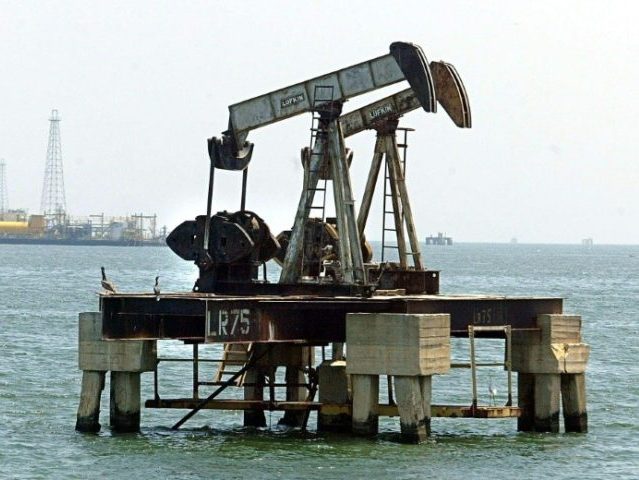 Futures for West Texas Intermediate fell 7.1 percent to $55.69 a barrel on the New York Mercantile Exchange. Brent Crude sank 6.6 percent to $65.47 a barrell.

The crash in oil prices appears to be overdetermined. The market appears to be oversupplied with oil or headed in that direction, economic weakness around the globe threatens demand, and President Donald Trump called for even lower prices on twitter

Brent Crude is not down more than 20 percent from its recent high, officially putting it in bear market territory.

The downturn has been going on for several weeks, as the U.S. and Russia showed signs of higher levels of production and Saudi Arabia appeared willing to let prices fall. Oil prices have now fallen for 12 consecutive trading sessions.

Oil began to climb Monday when Saudi Arabia said that it would boost prices. But that rally was kicked over by President Trump’s tweet.

“Hopefully, Saudi Arabia and OPEC will not be cutting oil production. Oil prices should be much lower based on supply!” Trump tweeted.

Hopefully, Saudi Arabia and OPEC will not be cutting oil production. Oil prices should be much lower based on supply!

In addition to Trump’s tweet, the price of oil has come under pressure because of fears that weakening economies outside of the U.S. could diminish demand. As well, production in the U.S. and Russia has bee soaring.