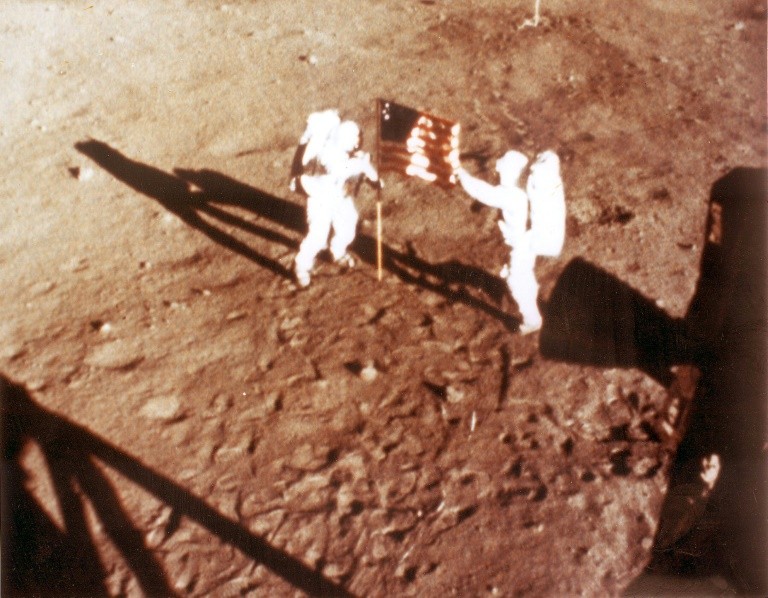 “Boom,” Trump repeated, imitating the action of planting a flag into the ground.

Trump highlighted Armstrong during a campaign rally in Ohio on Friday night as part of a list of American heroes that were born in the state.

He also pointed out a possible relative of Armstrong in the audience, but it was unclear whom he was singling out.

The president also praised Ohio native General Ulysses S. Grant, who was a great general despite being an alcoholic.

“He had a serious problem, a serious drinking problem, but man was he a good general,” Trump said.

“There was one problem, they didn’t know how to win,” Trump said about the Northern forces under Lincoln.

“He went in and knocked the hell out of everyone,” he said about Grant.

Trump also praised the state for being the native state of the Wright brothers.