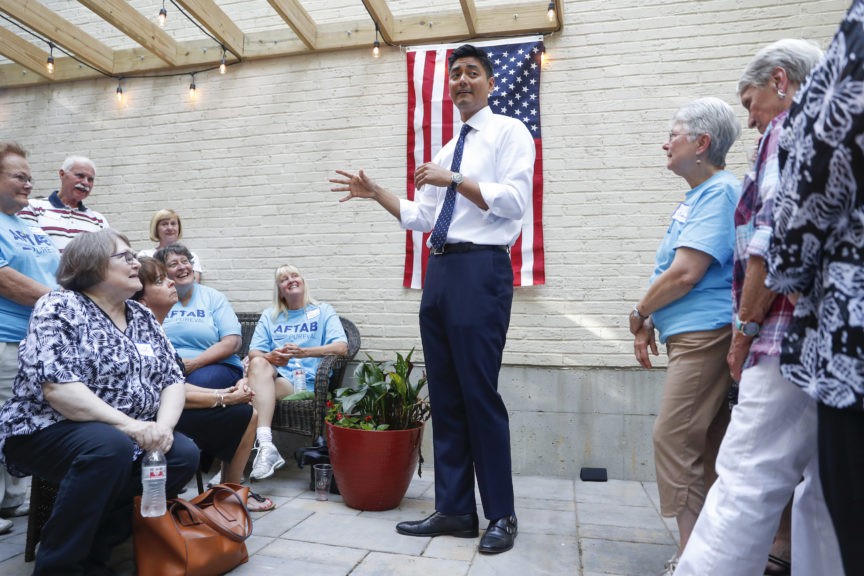 Pureval said on Tuesday that his campaign manager, Sarah Topy, resigned based on “new information.”

“Yesterday we learned new information that led us to believe members of our staff may not have lived up to those standards,” Pureval continued. “Because we did not want this issue to be a distraction in the final days, I’ve also accepted the resignation of my campaign manager.”

Pureval did not say what his staff members did or what the new information was; however, the Ohio Republican Party held a press conference on Tuesday accusing Pureval’s campaign of infiltrating the campaign of Rep. Steve Chabot (R-OH), Pureval’s Republican competitor.

“While the actions of a few are inappropriate, we’re proud of the campaign we’ve run,” Pureval said.

Pureval has run a competitive race against Rep. Chabot, and Ohio’s first district serves one of the key races Republicans need to hold onto to keep their Republican majority in the House of Representatives.

Multiple New York Times polls released in both September and October have had Chabot leading by nine points over Pureval.

Breitbart News’s polling expert, Michael Patrick Leahy, noted that it remains unlikely that Pureval will emerge from the scandal “unscathed.”

The Cincinnati Enquirer reported in August:

And that’s a campaign no-no. Using a county account in a federal race could be a violation of election laws, because the rules for each differ.

Pureval spent $30,000 in the first six months of this year out of the clerk campaign account – even though a potential run for re-election wouldn’t come for another two years when Pureval’s term is up, according to a campaign finance reports filed Tuesday at the Hamilton County Board of Elections. Pureval was elected clerk in 2016.

Further, Pureval’s mother, Drenko Pureval, donated $30,000 to his clerk of courts campaign during this time period in the early months of 2018, $24,600 more than the $5,400 Pureval’s mother can legally donated to his federal campaign for Congress.

In the midst of those donations, on April 4, Pureval paid $16,400 to Washington D.C.–based polling firm GBA Strategies for consulting, the clerk’s campaign report said. GBA is a Democratic polling firm. Pureval had never before used the firm in the clerk’s race. GBA did a congressional poll for Pureval in January, according to a polling memo distributed to supporters from the congressional campaign, which was obtained by The Enquirer.

In October, the Foundation for Accountability and Civic Trust (FACT) filed a Federal Election Commission (FEC) complaint against Pureval, stating, “[t]he facts surrounding Pureval’s use of his non-federal account clearly indicate he has accepted donations and made expenditures for his federal campaign with non-federal funds.”

“The attempts to obscure and explain only demonstrate intent to violate the law. If the Commission does not act and punish such a clear violation, then the laws are without purpose,” FACT added.

In October, the National Republican Congressional Committee (NRCC) issued a statement noting that “Aftab Pureval was called out by ABC Channel 9’s Tanya O’Rourke for refusing to answer her questions about his campaign’s illegal campaign finance violations.”

NRCC spokesman Chris Martin added, “ This is what a campaign in crisis looks like. Aftab Pureval owes OH-01 answers about a widening scandal that could result in criminal charges being placed against him.”