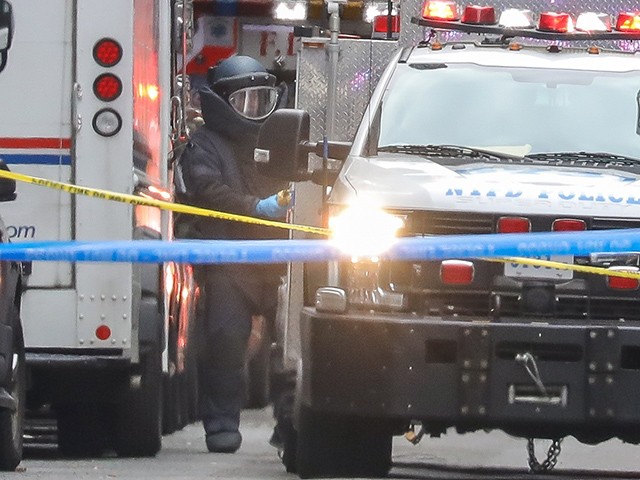 Dozens of bomb threats were reported Thursday at various government buildings, media outlets, banks, and schools across the U.S., according to law enforcement agencies.

Law enforcement in New York, Chicago, and San Francisco said they are addressing the reported threats, which have surfaced in several other states. Police are also responding to alerts in Connecticut, Massachusetts, Florida, Idaho, Oklahoma, and Iowa.

The New York Police Department issued a statement via social media, tweeting that it was monitoring the threats, yet currently considers them not “incredible”

“Please be advised – there is an email being circulated containing a bomb threat asking for bitcoin payment,” the NYPD wrote on Twitter. “While this email has been sent to numerous locations, searches have been conducted and NO DEVICES have been found.”

We are currently monitoring multiple bomb threats that have been sent electronically to various locations throughout the city.

These threats are also being reported to other locations nationwide & are NOT considered credible at this time. pic.twitter.com/GowGG4oZ9l

We’re working a number of bomb threat calls in OKC. There have been similar threats called into several locations around the country. No credible threat found at this point. We encourage the public to continue to be vigilant and call with anything suspicious.

(1/2) At approximately 10AM this morning #SFPD responded to reports of bomb threats at numerous locations throughout the city. SFPD is responding to each location. We have received information that several other cities across the United States have received similar threats. pic.twitter.com/AEyFanZRvr

The Bitcoin-spam-scammers have moved on from fake blackmail threats to fake bomb threats. So far no-one’s paid anything to the address, and I suspect it’ll stay that way. pic.twitter.com/N5MOdmu8Jm

FBI said the bureau is aware of the threats and is offering support to local authorities. “We are aware of the recent bomb threats made in cities around the country,” the FBI said in a statement. “As always, we encourage the public to remain vigilant and to promptly report suspicious activities which could represent a threat to public safety.”