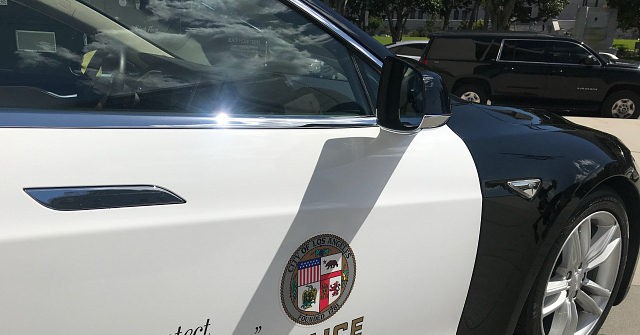 A man allegedly carjacked a running vehicle with an elderly woman and an eight-month-old inside on Saturday, leading to a slow-speed police chase through Los Angeles and his arrest.

The grandmother and the baby were left inside the running vehicle at around 2:45 p.m. when the suspect jumped in and drove off, KTTV reported.

“The Department mobilized extensive resources, including a team of detectives and an airship, in an effort to locate the vehicle,” Officer Tony Im of the Los Angeles Police Department’s Media Relations Section said.

Officers located the car downtown shortly after 4 p.m., and the suspect led officers on a slow-speed chase throughout Los Angeles for ten minutes.

A spike strip was used to stop the vehicle before the suspect was arrested without incident.

Paramedics examined both the baby and the grandmother, who both appeared not to suffer from any injuries before they were reunited with family.

One officer suffered lacerations while he was deploying the spike strip and was treated at a local hospital, NBC Los Angeles reported.