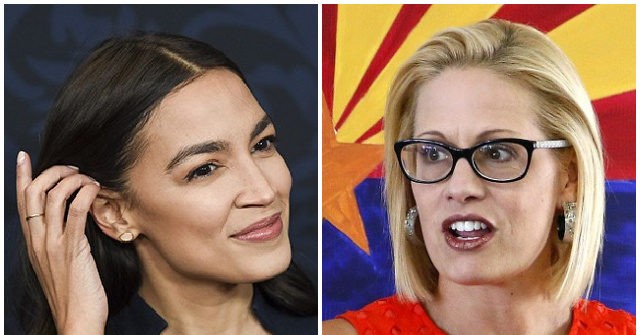 MEHDI HASAN: Do you agree with Bernie Sanders that now may be the time that Kyrsten Sinema, who blocked voting rights passing last week, to face a primary challenge in Arizona come 2024?

REP. ALEXANDRIA OCASIO-CORTEZ: As you mentioned that race is in 2024 and that means Kyrsten Sinema is about four years into her six-year term. I don’t believe she is really given a compelling case as to why she should be re-nominated as the Democratic nominee for the United States Senate in Arizona. She has proven herself an obstacle to the right to vote in the United States, she’s not an ally on civil rights, it is becoming a precipice and rather contributing to the threat that we have in stabilizing our democracy. She is not standing up to corporate interests. She is a profound ally to them. And I believe she is not doing what voters in Arizona sent her to do.

HASAN: If a Ruben Gallego challenged her in a primary or someone else, you would potentially consider supporting a primary challenger?

REP. OCASIO-CORTEZ: If it came down to someone like Ruben Gallego and Kyrsten Sinema, I think that would be the easiest decision I would ever have to make. There is no comparison. This is a state that deserves to be represented by a strong Democrat that is allied with working families, and understands that we need to protect the rights of the marginalized, that understands that now is not a moment to stick up for corporations but rather stand up for working people. And we need someone who has more allegiance to the actual people of this country than special interests.