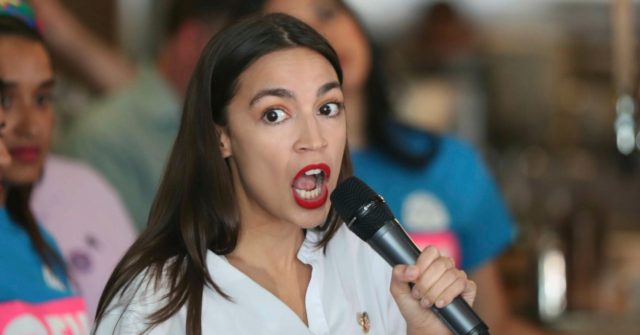 Rep. Alexandria Ocasio-Cortez (D-NY) is unsettled by the House Democrats’ decision to hold off pursuing a bill that would have provided members of Congress with a pay raise, tweeting Tuesday a lack of action will result in more corruption in Congress.

The move would have provided members of Congress with a $4,500 raise next year.

However, Democrat leadership decided to scrap consideration of the bill after rising concerns from other Democrats– particularly from freshmen Democrats in swing districts. Voting themselves a pay raise during an election year would look wildly out-of-touch, some political analysts warned.

“Nobody wants to vote to give themselves a raise. There’s nothing good about that,” Rep. Katie Hill (D-CA) said, according to Politico.

Rep. Joe Cunningham (D-SC) also opposed the move and told House Majority Leader Steny Hoyer on the floor that it was “bad politics and bad policy.”

Hoyer did not take a strong stance either way, previously noting that there is “never” an ideal time for Congress to give itself a raise.

“I don’t think there’s ever a time when people think it’s very good politically to do,” he said, according to Bloomberg. “In this present climate, where the president says we have one of the best economies in the entire history of the world, I don’t know.”

House Democrats ultimately postponed discussion on the pay raise due to the internal conflict. Nevertheless, not all freshmen Democrats are worried about the optics of voting themselves a raise. Ocasio-Cortez is all for it. In fact, she’s seemingly upset that the proposal was shot down so quickly.

While it might not be “politically popular,” members of Congress deserve the raise, Ocasio-Cortez said. She added that the lack of such a raise encourages corruption and “increases pressure on them to keep dark money loopholes open,” citing the GOP’s successful tax bill.

“What this does is punish members who rely on a straight salary, and reward those who rely on money loopholes and other forms of self-dealing,” she tweeted in part.

Yep. Voting against cost of living increases for members of Congress may sound nice, but doing so only increases pressure on them to keep dark money loopholes open.

What this does is punish members who rely on a straight salary, and reward those who rely on money loopholes and other forms of self-dealing.

For example, it incentivizes the horrible kinds of legislative looting we saw in the GOP tax scam bill.

Ocasio-Cortez said the pay raise is not a matter of politics, it is a matter of “consistency,” adding that voting against the measure encourages lawmakers to utilize “dark money loopholes.”

“Voting against cost of living increases is 1 reason why dark $ loopholes stay open,” she tweeted.

It’s not a fun or politically popular position to take. But consistency is important.

ALL workers should get cost of living increases. That’s why minimum wage should be pegged to inflation, too.

Voting against cost of living increases is 1 reason why dark $ loopholes stay open.

The House plans to vote on sections of the sizable spending package this week.