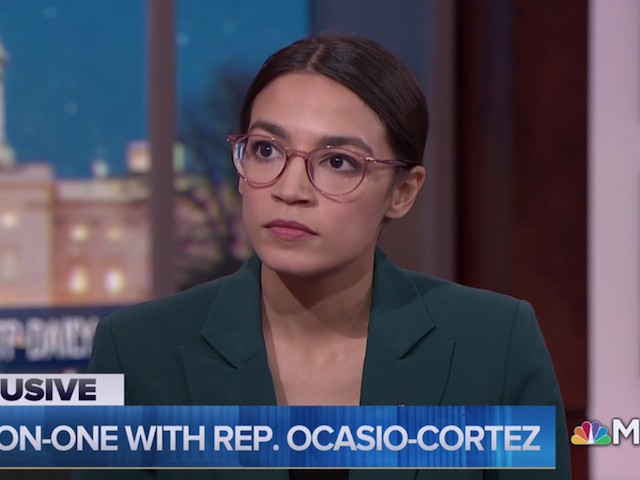 She instead suggested that “four or five” parties would be fine.

Host Chuck Todd asked, “Do you think it would be helpful for our system if we have four or five parties?”

Ocasio-Cortez answered, “Yeah I think that it’s totally fine to say that a two-party system is, especially in this time of gridlock, is sometimes a difficult thing to navigate. It’s a normal thing to say after these years and years and decades of gridlock. They are saying, maybe something here is structurally wrong.”

She added, “I think it’s a fine conversation to have.”