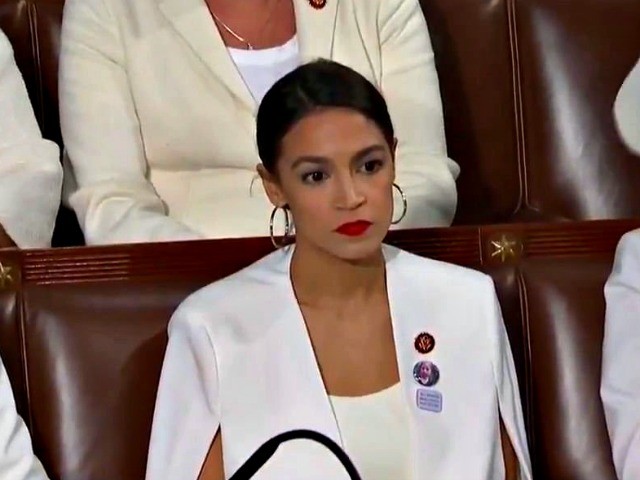 Rep. Alexandria Ocasio-Cortez (D-NY) on Friday said that there is no way she will clap when “authoritarian” President Donald Trump says he wants to “make America great.”

Appearing on New York’s “Ebro in the Morning” on Hot 97, Ocasio-Cortez discussed the “stern” look on her face during Trump’s State of the Union address, which prompted Peggy Noonan to say that the Democratic-Socialist looked “sullen, teenaged and at a loss.”

After blasting DC politicians for caring “about civility more than they care about humanity” and the Trump administration for not knowing how many illegal immigrant children have died or been separated, Ocasio-Cortez said, of Trump: “And he’s going to stand up there and say, like, ‘make America great,’ and I’m supposed to clap for that? No, I’m not going to. I’m not going to clap for that. This is, like, not a game. It’s not a game”

She also said Trump, who she has said is a “racist,” is an “authoritarian” who is targeting women and people of color.

“They are closing in on people’s rights,” Ocasio-Cortez said of the Trump administration. “They are targeting people of color.”