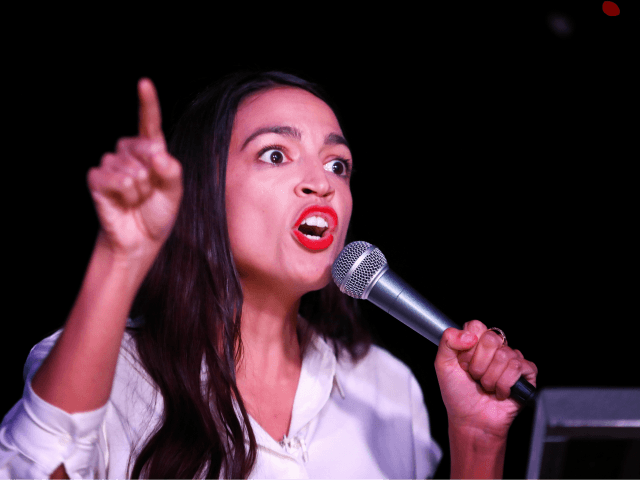 “The President is holding gov operations hostage so that he can build a monument to himself on the southern border that the [majority] of Americans don’t want,” she tweeted hours before Trump’s Tuesday evening Oval Office address.

When Toure later asked if the wall is “a monument to Trump or a monument to hate,” she responded, “Same difference.”

Let’s refocus our energy and coverage to policies instead of personality.

The President is holding gov operations hostage so that he can build a monument to himself on the southern border that the maj of Americans don’t want.

Ocasio-Cortez has previously ripped Trump’s “racist border wall” and said she would support exactly “$0” for it.

On Sunday’s 60 Minutes, Ocasio-Cortez also said there is “no question” that Trump is a “racist.”

“The president certainly didn’t invent racism. But he’s certainly given a voice to it and expanded it and created a platform for those things,” Ocasio-Cortez told 60 Minutes. “When you look at the words that he uses, which are historic dog whistles of white supremacy. When you look at how he reacted to the Charlottesville incident, where neo-Nazis murdered a woman, versus how he manufactures crises like immigrants seeking legal refuge on our borders, it’s— it’s night and day.”