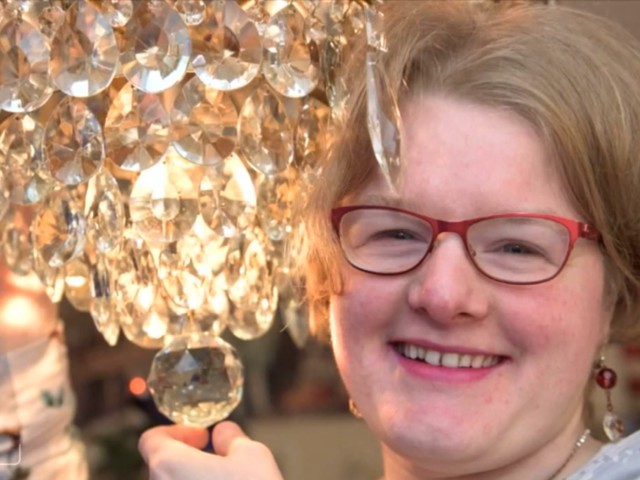 A British woman who identifies as “objectum sexual,” or attracted to inanimate objects, recently got a tattoo of her future spouse — a chandelier named “Lumiere.”

Breitbart News reported last year about a British woman who was engaged to a chandelier. Now, the Mirror reports that Amanda Liberty of Leeds, England, has a tattoo of her spouse-to-be, a chandelier she calls “Lumiere.”

“I couldn’t stop thinking about her and how beautiful she was — she has such a beautiful shape, and I could feel really amazing energy coming from her,” Liberty said last year. “Although I knew it would be tricky to get her home, I knew I needed to find a way to make her mine.”

Now, Liberty has a tattoo of “Lumiere” on her left arm. “I was excited to see the end result. Before I got it done I was very nervous about the needle, I’m not the biggest fan of them, but it wasn’t too nerve-wracking,” Liberty said.

Liberty identifies as “objectum sexual,” which means she is attracted to inanimate objects. She claims she first realized this after she fell in love with a drum kit at age 14.

But Liberty isn’t exactly a one chandelier kind of girl. “None of my chandeliers are jealous of each other, they understand that I love them all for all of their different personalities,” Liberty said in a 2017 interview. “For example, I love kissing and cuddling Lumiere, but I sleep with Jewel every night, as she is portable and very nice to cuddle.”

“People just think I’m just batty — they don’t take the time to get to know me,” she said in an interview this week. “The term ‘fruit loop’ has been used numerous times. I love Lumiere and want to be with her for the rest of my life.”