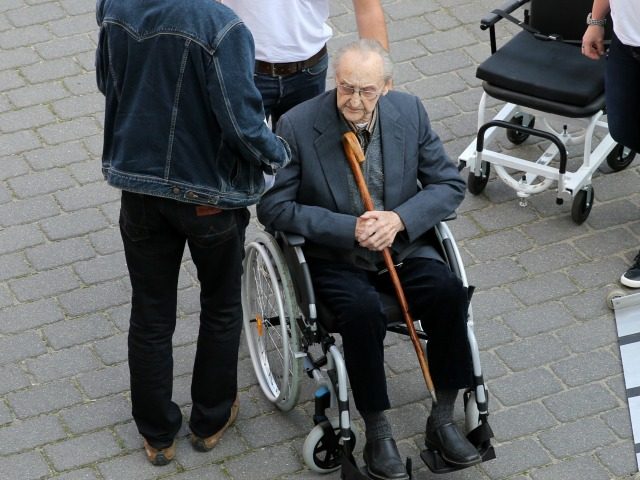 Heading into this midterm election, Democrats would have Americans believe that Republicans want to rip their healthcare plans to shreds–throwing pre-existing condition coverage out the window. That’s a petty campaign lie. As this piece in the New York Post details, President Donald Trump is actually helping people with pre-existing conditions get access to coverage:

The piece from GOP strategist Mary Vought, whose husband Russ Vought works as deputy director at the Trump administration’s Office of Management and Budget (OMB), details how Trump has “taken several vital steps to reorient the federal bureaucracy toward the chronically ill and individuals with pre-existing conditions.”

Those steps include expanded access to prescription drugs, more coverage options for families, and an “embrace of state flexibility in Medicaid.”

I’m proud that @realDonaldTrump is working to help the sickest among us. My latest for the @nypost https://t.co/0HZQpa0gaN

While the Democrats’ claims about Republicans on healthcare are nothing more than inaccurate cheap political parlor tricks–everyone from President Trump to House Majority Leader Kevin McCarthy and everyone in between on the GOP side has guaranteed pre-existing condition coverage–the Democrats have an abysmal record on pre-existing condition coverage.

In fact, it is Democrats–through Obamacare–who have harmed pre-existing condition coverage.

In early October, the Federalist’s Christopher Jacobs published a bombshell piece headlined: “How AARP Made Billions Denying Care to People with Pre-Existing Conditions.”

The article details how the structure of Obamacare, through its alteration of Medicare program, harmed Medicare beneficiaries and pushed billions of dollars to special interest groups like AARP that benefited from the changes. Jacobs wrote:

Even though an article on AARP’s own website states that, as of 2014, “insurance companies [are] required to sell policies to anyone, regardless of their pre-existing medical conditions,” that claim isn’t quite accurate. Obamacare exempted Medigap supplemental insurance plans from all of its ‘reforms,’ including the prohibition on ‘discriminating’ against individuals with pre-existing conditions. As a 2011 Washington Post article noted, individuals can apply for Medigap plans when they first turn 65 and become eligible for Medicare. ‘However, when Congress created this protection in 1992…it exempted disabled Medicare beneficiaries under age 65, a group that now totals 8 million people.’ In other words, the most vulnerable Medicare beneficiaries—those enrolled because they receive Social Security disability benefits—often cannot obtain Medigap coverage due to pre-existing conditions. And because traditional Medicare does not provide a catastrophic cap on patient cost-sharing (Medigap plans often provide that coverage instead), disabled beneficiaries who want to remain in traditional Medicare (as opposed to Medicare Advantage plans offered by private insurers) may face unlimited out-of-pocket spending.

In other words, the AARP has made billions off the Medigap loophole in Obamacare–and it is because of Democrats that Obamacare does not close this loophole. Early versions of Obamacare would have stopped AARP and other Medigap providers from discriminating against people with pre-existing conditions, but Democrats–in the legislative process as Obamacare wormed its way through Capitol Hill before it made its way to then President Barack Obama’s desk–removed that language so the AARP and other groups like it would benefit.

Fast forward years later, as Obamacare has settled into law, and the AARP has indeed made billions off this–and the group is interestingly now spreading the wealth back around to the Democrats.

In fact, AARP’s 990 form filed with the IRS in 2016–the latest such form publicly available as of publication–shows the AARP paying a whopping $36,321,292 to GMMB. GMMB’s services rendered, per the 990 form, are serving as an “advertising firm” for AARP.

But who exactly is GMMB? GMMB is indeed an advertising agency, and bills itself on its website as such:

We’re an agency on a mission: to cause the effect. The world our clients and partners fight for is the world we want to live in. We come from political campaigns, nonprofits, creative agencies, and the media. We bring our diverse skills and experiences to bear on societal problems, big and small.

But it’s not just any old advertising agency. Among its clients, it counts none other than former President Barack Obama–yes, that Obama, the one for whom Obamacare is named.

In fact, GMMB details on its Obama page how as a firm it “was there every step of the way” for Obama’s unlikely rise into the Oval Office. GMMB says on its website:

In 2007, Obama for America asked GMMB to serve as a lead strategic firm in his historic run for the Presidency. We were honored to play a vital role in both the hotly-contested primary and the dramatic general election campaign. Facing a tough re-election battle in 2012, Obama for America again called on GMMB to help guide strategy and advertising and to handle media placement.”Now, interestingly, as Obamacare has come under scrutiny with a GOP-led Congress and from President Donald Trump’s administration, the AARP has, as part of a larger coalition, went all in to try to protect Obamacare–and the system that makes the group billions of dollars.The Washington Post, for instance, in 2017 after the House passed a bill that would have repealed Obamacare but protected pre-existing coverage–and removed the AARP’s Medigap loophole–reported that AARP was part of “a coalition of medical and consumer groups [that] held an event in Cleveland that was billed as the first of a series of gatherings to speak out against a bill that passed the GOP-controlled House and the direction that Republican senators appear to be heading.”What’s more, AARP issued a press release in 2017 opposing changes to the law.

AARP strongly opposes any attempts to take away the ACA’s protection for people with preexisting health conditions or to bring back an unfair age tax on older adults. Allowing insurance companies to once again charge people with high blood pressure, heart disease, cancer, diabetes or other conditions up to 10 times more than what others pay for the same coverage — or deny them coverage altogether — would be devastating to the estimated 25 million older adults with a preexisting condition.

Back then, during the Obama administration, Republicans had a more difficult time fighting this AARP carveout. But now, Trump administration officials are well aware of it, one former White House official told Breitbart News.

“AARP raked in billions in profits thanks to an Obamacare carve-out the Democrats gave them,” a senior former West Wing aide in the Trump White House told Breitbart News. “Then they spent millions trying to preserve this special deal, including doling out over $36 million to Obama’s favorite ad agency. And for what, to help seniors? No, to continue being able to deny care to vulnerable people with pre-existing conditions.”

And Republicans, if they do hold the House and add seats in the Senate, are likely to target AARP’s special interest Obamacare carve-outs that make the group billions of dollars off denying people with pre-existing conditions any coverage.

“This is exactly the type of corporate behavior that should raise red flags with the consumers that they rely on to stay in business — in the case of AARP, those consumers are mostly elderly people on fixed incomes,” Arthur Schwartz, a GOP strategist and former senior strategic adviser to insurance titan Maurice R. “Hank” Greenberg, told Breitbart News.