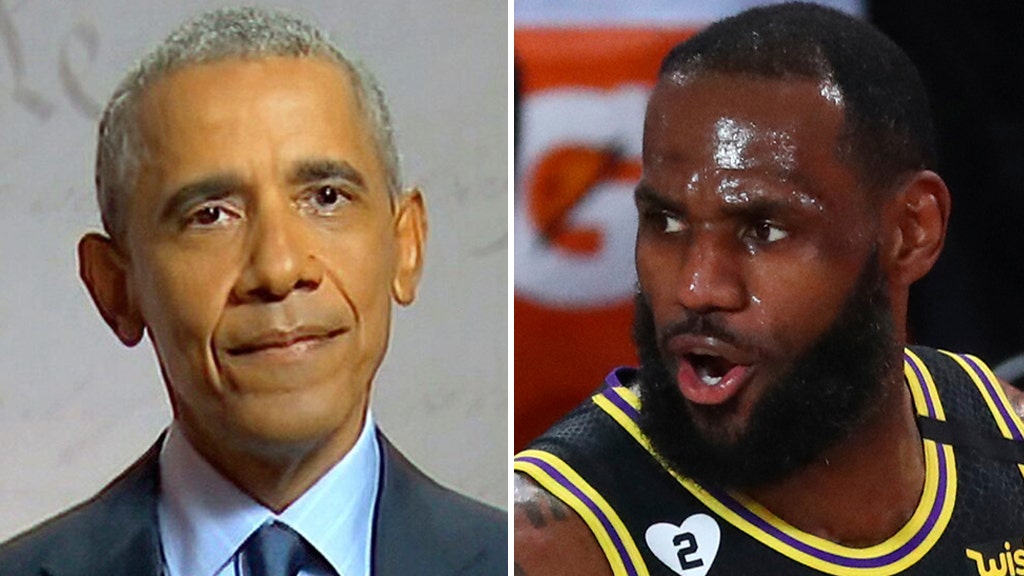 Former President Barack Obama praised participants in Los Angeles Lakers superstar LeBron James’ “More Than a Vote” campaign during an appearance in the virtual crowd at Game 1 of the NBA Finals on Wednesday night.

James’ voting rights initiative revealed this week that it has recruited more than 10,000 volunteer poll workers since its launch last June. Obama thanked the volunteers in a surprise address to a virtual crowd that included NBA legend Shaquille O’Neal and former Lakers star James Worthy.

“I am obviously not the main event tonight, but I wanted to come on to give a shout out to all of the folks who are volunteering as poll workers in the upcoming election,” Obama said in a clip posted to his Twitter account. “It can be a thankless job. It’s not one of those things you think about but it is absolutely vital to our democracy and I appreciate you and hopefully all NBA fans will appreciate you when they see those shorter lines at the polling places.”

Obama added that it was “critical that everybody votes in this election––by mail or in person if you can.”

LEBRON JAMES ASKS IF HOW WE VOTE IS ‘ALSO STRUCTURALLY RACIST’

James is a top figure in “More Than a Vote,” an organization aiming to increase voter participation in Black communities in the upcoming election, address voter suppression and combat systemic racism. The group partnered with the NAACP’s Legal Defense Fund on the drive to recruit volunteer poll workers.

In a statement obtained by the New York Times, the two groups said they would focus their efforts in the coming weeks on 11 cities “where significant poll worker shortages remain,” including Charlotte, Cleveland and Philadelphia.

James, who led the Lakers to victory against the Miami Heat in Game 1, thanked Obama for his message to the volunteers.