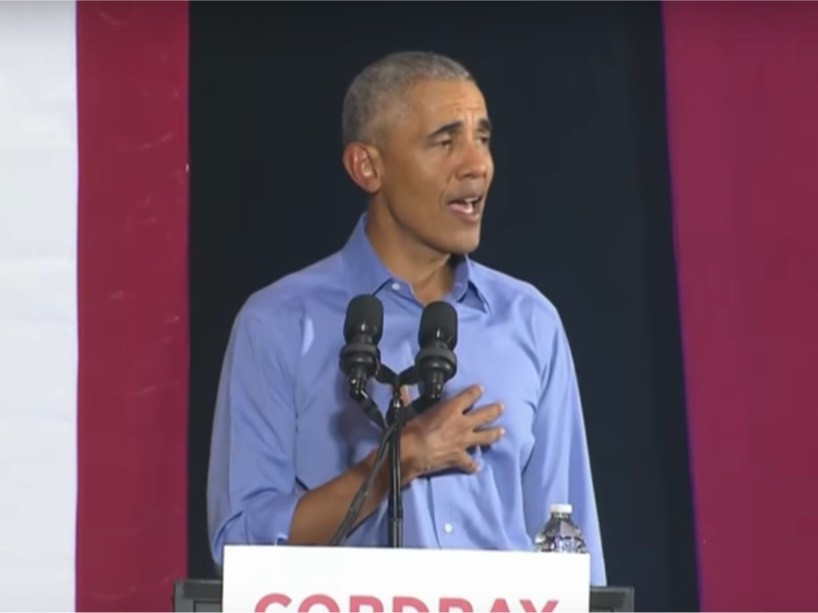 Thursday at a rally in Ohio in support of Democratic candidate for governor Richard Cordray, former President Barack Obama, hinting at President Donald Trump, went after “demagogues,” “bigots” and “fear mongers,” who he said try to “exploit America’s history of division.”

“People are stressed. And they’re anxious. And it seems that all the chatter and anger on television doesn’t match up to their lives. And it frays our civic trust. And it makes people feel that the game is rigged, and nobody’s looking out for them. And historically, in those kinds of conditions, that’s ripe for opportunists to try to exploit America’s history of division: racial, ethnic, religious.”

Obama went on to say as the November elections near, politicians will pull out the old “playbook” of pitting people against each other.

“In a healthy democracy, when everybody’s participating and paying attention, and listening, voting, people of good will in both parties, they call out bigots and fear mongers,” the former president told the crowd. “And then they work to compromise. And they work to get things done. But, when there’s a vacuum in our democracy, when we don’t vote, when we take our basic rights for granted, other voices fill the void. Demagogues get out there. They promise simple fixes to complicated problems.”

Still without mentioning any names, Obama claimed these “demagogues” will make it harder for young people, minorities and poor people to vote, all while giving billionaires “outside influence.”