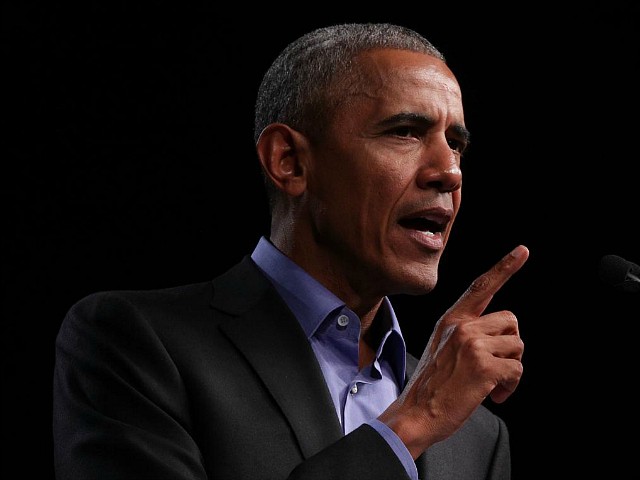 Barack Obama pushed gun control for “Trayvon” and “those congregants in Thousand Oaks,” among others, during a December 13 acceptance speech for the Robert F. Kennedy Ripple of Hope Award.

Trayvon Martin was shot and killed in self-defense on February 26, 2012, after attacking a neighborhood watchman, and 12 people were killed in Thousand Oaks’ Borderline Bar & Grill on November 7, 2018.

On June 1, 2018, Obama encouraged gun controllers to stay committed to securing more Second Amendment restrictions, “no matter how long it takes.” He tweeted, “This National Gun Violence Awareness Day, show your commitment to keeping our kids safe from gun violence. Then, for everyone we’ve lost, take action to change our leadership and our laws until they reflect that commitment – no matter how long it takes.”