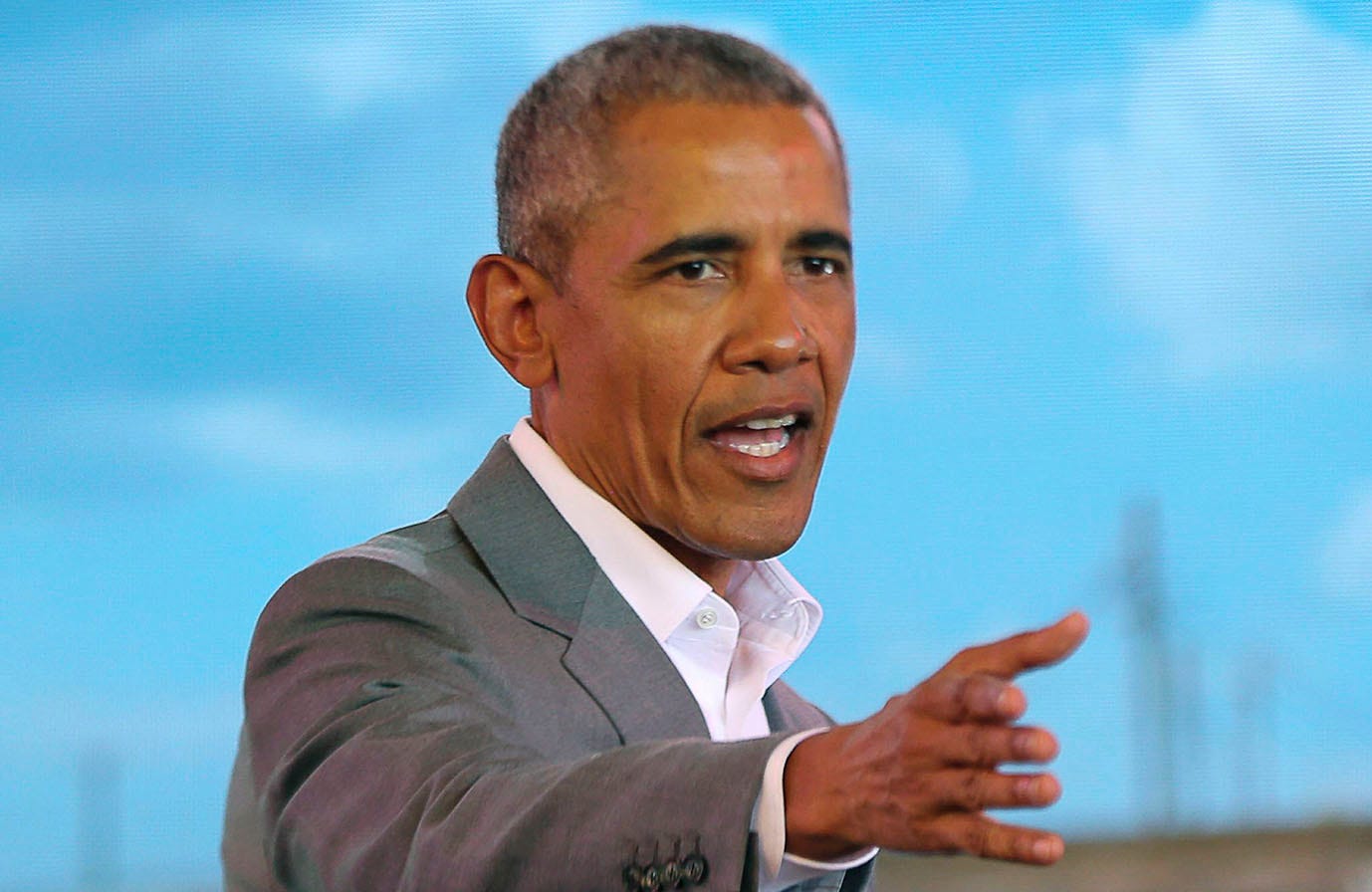 Obama said MLB’s stance is a fitting way to honor former Braves Hall of Famer Hank Aaron, who broke down racial barriers during his storied career. Aaron died in Atlanta on Jan. 22 at the age of 86.

“Congratulations to [MLB] for taking a stand on behalf of voting rights for all citizens,” Obama tweeted Saturday. “There’s no better way for America’s pastime to honor the great Hank Aaron, who always led by example.”

President Biden, who called the new GOP voting law “sick” and “Jim Crow on steroids,” also supported moving the July game from the Braves’ home field of Atlanta’s Truist Park to another location.

But the move has drawn heavy criticism from Republicans, including Georgia Gov. Brian Kemp and former President Donald Trump, who urged his supporters to “boycott baseball” since the MLB caved to the “Radical Left Democrats.”

MLB Commissioner Rob Manfred made the announcement on Friday that this year’s All-Star Game and MLB draft will be relocated out of the state because the league values “fair access to voting.”

“I have decided that the best way to demonstrate our values as a sport is by relocating this year’s All-Star Game and MLB Draft,” Manfred said in a statement. “Major League Baseball fundamentally supports voting rights for all Americans and opposes restrictions to the ballot box.”

MLB did not immediately announce a new location, but Milwaukee leaders have pitched their city as a fitting new home for this summer’s All-Star Game as a way to honor Aaron. The baseball great and civil rights figure started his career with the Milwaukee Braves before the franchise moved to Atlanta, and he ended his career playing for the Milwaukee Brewers.

“It is a particularly appropriate location to honor Hank Aaron who is a revered and beloved former Milwaukeean,” Milwaukee Mayor Tom Barrett said.

After a record-breaking turnout that led to Democrats winning Georgia in the presidential race and two Senate seats, the GOP-led Georgia legislature passed the new voting rules that supporters say will add integrity to the election system, but Democrats fiercely opposed as voter suppression tactics.

The recently enacted Georgia law places new restrictions on voting by mail, adds voter ID requirements and sets limits on the number of drop box locations and operating hours. It cuts down the time for absentee voting and does away with a signature-match system in favor of providing a driver’s license, state ID or the last four digits of their social security number on ballots to prove identity.

The law mandates two Saturdays of early voting ahead of general elections, an increase from just one, and says two Sundays are optional. The law also bans outside groups from handing out free food or water to those waiting in line to vote. But the law allows for “self-service water from an unattended receptacle.”