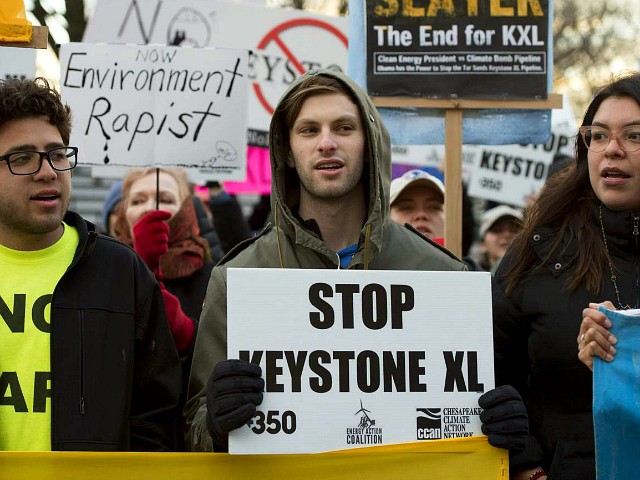 A federal judge appointed by former President Barack Obama blocked a request from the developer behind the Keystone XL project on Friday to carry out most “preconstruction” activities on the proposed oil pipeline.

Judge Brian Morris issued a 16-page ruling Friday rejecting TransCanada Corp.’s request to prepare to build the pipeline spanning from Canada to Texas on the grounds that it could lead to “irreparable injury.”

“The irreparable injury threatened by the … preconstruction activities go beyond merely the ground-disturbing injuries alleged by plaintiffs,” Morris wrote in his order, claiming the activities “could skew the [State] Department’s future analysis and decision-making regarding the project.”

The Obama-appointed judge made the ruling on the grounds that the Trump administration did not properly explain why it lifted an Obama administration decision halting the pipeline and said a further environmental study on the pipeline’s impact was necessary.

TransCanada requested that Morris tweak his ruling to allow non-construction-based activities to continue at the site, such as building camps for workers and bringing pipes closer to the area of construction.

“Several of these activities are required for the prudent, safe, and environmentally sound construction of the project,” TransCanada spokesman Terry Cunha said of the request at the time.

Morris ruled that TransCanada could only carry out activities such as securing project sites and conducting cultural and biological surveys of the area.

The case is Indigenous Environmental Network & North Coast River Alliance v. U.S. Dept. of State, No. 4:17-cv-29 in the U.S. District Court for the District of Montana.

The case is now headed to the U.S. Court of Appeals for the Ninth Circuit.