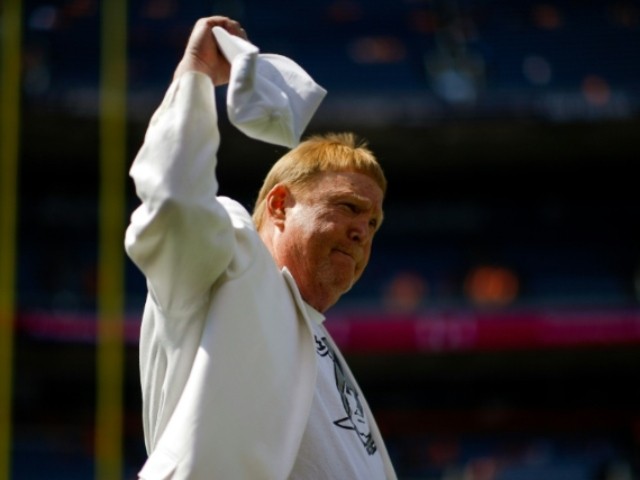 The lawsuit, which described the NFL as a “cartel”, aims to “recover damages resulting from the Raiders’ illegal move to Las Vegas, including lost revenue, money that Oakland taxpayers invested in the Raiders and other costs.”

Parker said the Raiders and the NFL had “brazenly violated federal antitrust law and the league’s own policies when they boycotted Oakland as a host city.”

“The Raiders’ illegal move lines the pockets of NFL owners and sticks Oakland, its residents, taxpayers and dedicated fans with the bill,” Parker said in the statement.

“The purpose of this lawsuit is to hold the defendants accountable and help to compensate Oakland for the damages the defendants’ unlawful actions have caused and will cause to the people of Oakland.”

The lawsuit immediately raised questions about the Raiders’ future in 2019.

The team, which plays at the Oakland Coliseum, does not have a confirmed lease for a home next season, and team owner Mark Davis warned previously he could boycott the venue if the city ever filed a lawsuit.

An agreement between the Raiders and the city to play in Oakland in 2019 had been reached, but has yet to be formally approved.

“We have a completed lease sitting with the city council, that all they have to do is agree to it and we’re here next year.”

Davis admitted to misgivings however if a lawsuit was filed.

“Emotionally, I would say, why would I give them $3, $4 or $5 million in rent that they’re going to turn around and use to sue me?” he said.

“But, at the same time, if they’ll have us, I can’t turn on the fans. I can’t do it. And this is terrible negotiating I’m doing now. I’m going to get killed. But that’s just the way I am. But, if in fact it does get ugly, and can’t be bridged, we do have options.”

NFL team owners approved the Raiders move from California to Las Vegas by a 31-1 vote in March last year.

It followed an earlier failed bid by the Raiders to secure a move to Los Angeles in 2016.